Not all is lost! Older adults can compensate the neuromuscular gait control for fatigue

Perturbations to a healthy person’s walking can emerge from external (e.g., slip, trip) and/or internal constraints. Without a fast and effective response, perturbations lead to a loss of balance and falls. Internal perturbations might originate from a state of fatigue, limiting the capacity to allocate internal resources during a motor task. Because of age-related reductions in neuromuscular function, older adults might have increased difficulty adapting the neuromuscular control of walking when fatigued. Neuromuscular control can be assessed by intermuscular beta-band (15-35Hz) coherence, which is an indirect indication of a common neural drive to two muscles.

In a study published in Scientific Reports, we examined the effects of age on intermuscular beta-band coherence during treadmill walking before and after an experimentally induced fatiguing task. Twelve older and 12 younger adults walked on a treadmill for 3min, at 1.2 m/s, before and after performing a repetitive sit-to-stand test (fatiguing task). We calculated gait metrics (length, width, swing and stance time, cadence) and intermuscular coherence in late swing and early stance phases in knee and ankle synergistic and antagonistic muscle pairs from 100 strides of data.

We observed only minimal effects of age and fatigue on gait metrics. However, before a repetitive sit-to-stand test, we observed that, compared with younger, older adults had lower (48-62%) coherence in synergistic muscle pairs (Figure 1a). After a repetitive sit-to-stand test, gastrocnemius lateralis-soleus coherence in swing decreased by ~ 23% and increased by ~ 23% in younger and older, respectively (Figure 1b). We also observed that tibialis anterior-peroneus longus increased by 16%, and rectus-biceps femoris coherence in late swing decreased by ~ 20%, independent of age (although this difference seems to be driven by older adults, Figure 1b).

To sum up, this study improves our understanding of how healthy aging brings about adaptations during gait and how such adaptations could change into compensations to maintain walking performance. 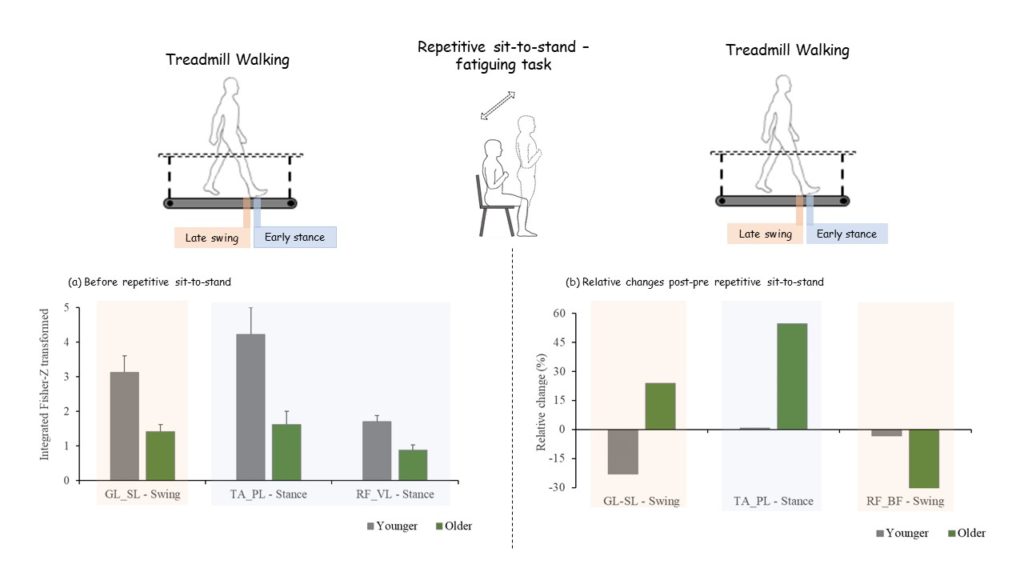 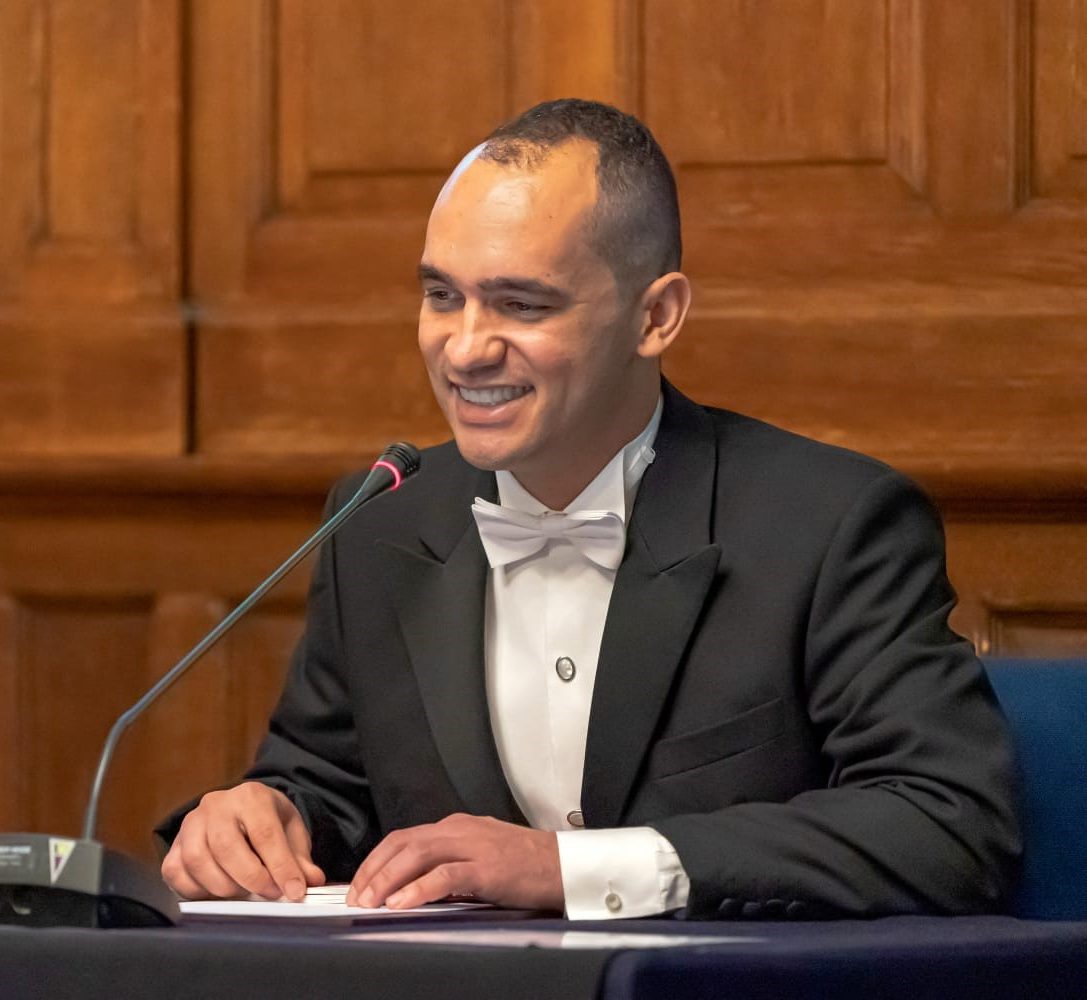 Paulo recently pursued a double PhD at the Center for Human Movement Sciences, University of Groningen (The Netherlands), in partnership with São Paulo State University (Brazil). His current projects focus on understanding the underlying mechanisms related to gait and postural control in healthy and neurological populations.

The view from the top, is scary! Inducing fear while walking with virtual reality

What can we learn from sports science to explain some of the therapeutic benefits from interventions in frail populations?

Complexity of movement: is it good or bad? Well… it depends!