The influence of walking and talking on foot clearance: One step at a time

Falls remain a major public health issue in people with Parkinson’s Disease (PD). Trip-related falls are common in PD, due to a combination of inadequate foot clearance and insufficient postural responses. Walking within a real-world environment presents additional cognitive and motor challenge, which might explain inadequate responses to trips during daily life activities. Dual-task paradigms are often used to simulate a similar attentional load as experienced in real-life. This study characterised foot clearance in healthy older adults and in PD during dual-task walking using both conventional (minimum and maximum foot clearance) and novel (gradients of foot clearance) metrics to enhance our understanding of the factors underpinning trip risk.

Seventy-six people with early PD and 81 healthy older adults walked for 2-minutes around a 25-metre circuit. A subset of this cohort completed the same walk under dual-task (maximum digit recall) conditions (PD n=40, older adults n=48). Temporal-spatial gait was measured using an instrumented walkway and foot (heel and toe) trajectories were obtained using high-speed motion capture (See Figure.1 for extracted metrics). PD walked more slowly with a reduced step length during both single- and dual-task. Interestingly, a shorter step length was most strongly associated with reduced foot clearance in both older adults and PD (r=0.41-0.89) beyond associations reported for gait speed and step time. The maximum heel (H1) and toe (T1, T3) clearance were lower in both groups during dual-task. The toe gradient was shallower during dual-task in both groups and the heel gradient was shallower in PD compared to the healthy older adults during both single- and dual task walking (p<.001).

Our experimental dual-task paradigm confirmed that trip risk is increased during dual-task conditions, due to a significantly reduced toe clearance gradient in both PD and healthy older adults. During the single-task condition, a reduced heel gradient was observed in this mild PD cohort which may be an early indication of PD-related gait deficits such as shuffling. Furthermore, the strong association between a shorter step length and lower foot clearance adds to our understanding of how spatial determinants of gait and disease progression (i.e. hypokinesia, bradykinesia) influence foot clearance. Our findings will guide the development of tailored interventions geared towards reducing trip-related falls in PD by evaluating whether enhancing step length may translate into improved foot clearance. 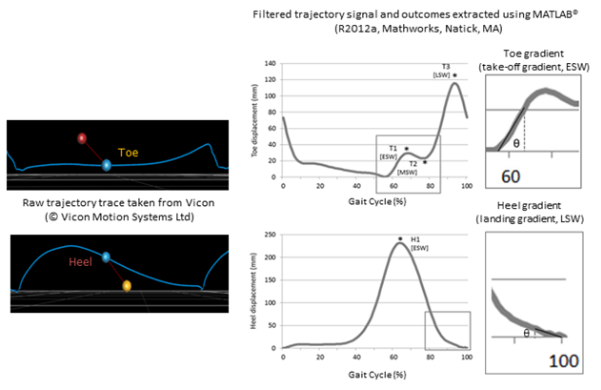 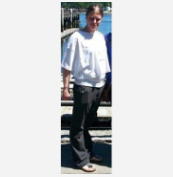 Lisa completed her PhD in 2012 in Clinical Biomechanics at the University of Hull. Lisa currently works within the Brain and Movement Research Group at Newcastle University and her research is concerned with characterising the functional (visual, attentional, motor) demands of movement and neural control required for the safe completion of daily locomotor tasks. She is interested in how these demands are heightened as a result of both ageing and pathology and in applying this knowledge to better inform the design and development of physical interventions and environmental modifications to reduce falls.