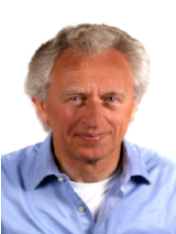 Prof. Allum obtained his first degree (BSc) in mechanical engineering at Birmingham University, England. He held one of the first Kennedy Scholarship awards for study at the MIT. After receiving a MSc and DSc in Biomedical Engineering at MIT, he worked for several years as a neurophysiologist and developer of medical diagnostic equipment, first at the University Neurology Clinic in Freiburg/Germany, and later at the Brain Research Institute in Zurich/Switzerland. He was Head of the Department of Audiology and Neurootology at the University ORL Clinic in Basel/Switzerland for 30 years, where his main clinical duties included managing diagnostic and rehabilitation programs for patients with hearing and balance disorders. In “retirement” since 2013, he works as a consultant in balance control for several Basel University Hospital departments. His scientific interests are concentrated on understanding balance control in man and developing balance prostheses. He has published over 250 peer-reviewed papers and several patents. In 2004, he started a company to develop and produce clinical diagnostic and rehabilitation devices for patients with balance deficits. These devices are in use in several countries. Prof Allum speaks English, Spanish, and German. 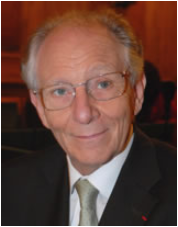 Alain Berthoz is Honorary Professor at the College de France, member of the French Academy of Sciences and the Academy of Technologies, the Academia Europae, American Academy of Arts and Sciences, and other Academies (Belgium, Bulgaria).

Dr. Berthoz is an Engineer and an expert in Biomechanics, Psychology and Neurophysiology. He is a world known specialist in the physiology of the vestibular system and the oculomotor system with a focus on multisensory integration, spatial orientation, locomotion, and spatial memory. He studies pathological deficits in sensory-motor and cognitive functions including psychiatric diseases using motion capture, virtual reality, brain imaging (fMRI) and intracranial recordings methods in humans. He has been at the origin of the technical development of a number of biomedical devices including haptic force-feedback devices, eye movement measurement, and virtual reality. He is currently collaborating with European Projects and with robotics groups in Japan for bio-inspired robotics and humanoids. He is the author of more than 300 papers in International journals and the author of several books among which are: “The Brain’s Sense of Movement” (Harvard Univ Press, 1997); “Emotion and Reason. The cognitive neuroscience of decision making” (Oxford Univ Press, 2000); “Simplexity” ( Yale University Press, 2011). 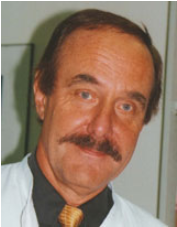 Thomas Brandt is a Neurologist and Professor in the Department of Neurology at Ludwig-Maximilians-University Munich, and Chairman and Director, Institute for Clinical Neurosciences. His research interests include vertigo, sensorimotor control of eye movements and posture, functional imaging, computational neuroscience. He has received numerous international awards for his research including the Barany gold medal in 2000, and was President of ISPGR in 1990-1992 and editor-in-chief of the Journal of Neurology since 2001. His publications include: 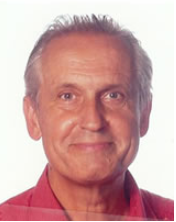 Since the Portland meeting in 1992 he has been an active member of ISPGR. He organized the meeting in Maastricht in 2001, resulting in a proceedings book (Duysens, J., Smits-Engelsman, B.C.M., Kingma, H. Control of posture and gait 2001. NPI. 923 pages). Afterwards he was on the ISPGR board for several years.

From 2005-2007 he was professor at the dept. of rehabilitation at the Radboud university of Nijmegen. In 2007 he was appointed full professor in Motor control at FABER in Leuven (Belgium). In oct. 2012 he has retired with emeritus status and with a mission (research) to allow continuing research activities. Part of his current activity is in Brazil where he works with Arturo Forner-Cordero and Felipe Carpes, based on a grant from the National Research Council of Brazil for Research Grant (CNPq 311659/2012-8) and a Visiting Professor Grant (CNPq 400819/2013-9).
He is currently editorial board member on 3 international journals, namely 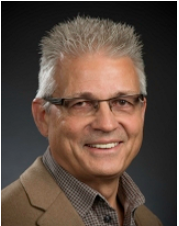 Jim Frank is Professor emeritus in the Department of Kinesiology at the University of Waterloo, Canada. Over his 39 year academic career, he has served as Chair of the Department of Kinesiology and Associate Provost of Graduate Studies at the University of Waterloo, Dean of Graduate Studies at the University of Windsor and Vice President Academic & Dean at St. Jerome’s University. He was awarded the University of Waterloo Distinguished Teacher Award in 2001. His research investigates the control of balance during standing and walking in normal and aging populations and populations with neurological and orthopedic disorders. Major themes in his research have been the influence of fear-of-falling on balance control, balance and gait impairments in aging and Parkinson’s disease and postural motor learning. His research and graduate students have been supported over many years by generous grants from the Natural Sciences and Engineering Council of Canada and the Canadian Institutes for Health Research. He has been an active member of ISPGR since the conference in Portland, Oregon in 1992. Along with his colleague, Dr. Aftab Patla, he co-hosted the ISPGR conference at the University of Waterloo in 1999. He served as President of ISPGR from 2008-2010 and as a board member for several years. 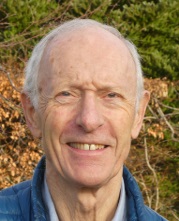 Rolf Moe-Nilssen, PhD, is professor emeritus at the Faculty of Medicine, University of Bergen, and holds degrees in business administration and in physiotherapy. In a previous career he initiated and edited for 10 years the first journal on exercise and physical activity in Norway. His research has had a focus on understanding locomotor control, and he was a pioneer in developing and applying body worn sensors in the analysis of balance and gait. His unbiased autocorrelation approach to gait variability and asymmetry is now widely used in laboratory and clinical research. He was a partner and steering group member in the EU thematic network, ProFaNE, on falls prevention, and an advisory board member in the EU research project PreventIT. He is frequently invited to serve as an opponent at PhD dissertations in Norway and abroad, to give lectures on locomotor control, on method evaluation, and on physical activity. He has a personal interest in physical activity in general and in cross country skiing in particular. He has been a member and presented at ISPGR meetings since 2001 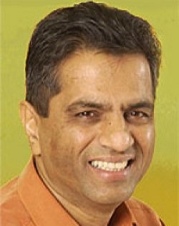 Dr. Aftab Patla passed away on January 29, 2007. He was a valued member of the International Society of Posture and Gait, and a Professor in the Department of Kinesiology at the University of Waterloo. Dr. Patla earned a B. Tech in Electrical Engineering from the Indian Institute of Technology (1975), a M.Sc. Eng. in Electrical Engineering from the University of New Brunswick (1978) and a Ph.D. in Kinesiology from Simon Fraser University (1982). During his academic career, he served as Associate Editor of the journal Gait & Posture, Executive Editor of the Journal of Motor Behaviour, President of the Canadian Society of Biomechanics, President of the International Society of Posture and Gait Research, and on the Grant Selection Committees of Natural Sciences and Engineering Research Council of Canada and Medical Research Council.

Highly accomplished very early on in his career, Dr. Patla was known for his innovative research and thinking outside the box. His research provided new insights into how locomotion is generated and controlled in humans. He published over 200 scientific papers and used both experimental and modeling techniques to provide insight into important problems related to gait and posture. ISPGR presents two student poster awards, previously sponsored by Northern Digital Inc, at its World Congress in his honour. 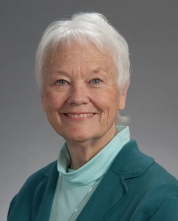 Anne Shumway-Cook, PT, PhD, FAPTA is a Professor Emeritus in the Department of Rehabilitation Medicine at the University of Washington, Seattle, Washington. While fully retired now, her past research focused on understanding the physiologic basis for balance and mobility disorders in neurologic and geriatric populations, and the translation of this research into best clinical practices related to assessment and treatment of balance disorders. She published extensively, and with Dr. Marjorie Woollacott co-authored the textbook Motor Control: Translating Research into Clinical Practice.  Her clinical practice focused on treatment of adults with balance and mobility impairments; she helped to develop a number of hospital and community evidence-based fall prevention programs. 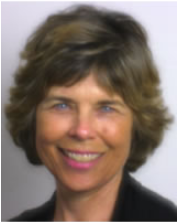 Marjorie Woollacott, Ph.D., has been the director of the Motor Performance and Cognition Lab at the University of Oregon in the Department of Human Physiology, and a member of the Institute of Neuroscience, for the past 34 years. Her areas of expertise include: 1) changes in attentional performance skills and underlying neural networks associated with the mental training of meditation and tai chi; 2) the development of balance and attentional abilities in normal children and in children with motor problems such as cerebral palsy and Down Syndrome; 3) factors leading to loss of balance function in the older adult, and in patients with motor disorders such as stroke and Parkinson’s disease, in order to improve the quality of life and independence of adults well into old age; 4) the design of new assessment and treatment strategies to improve balance and attentional abilities. These include testing the efficacy of alternative forms of therapy such as tai chi and meditation for improving both attention and balance and gait abilities in patient populations; and 5) the development of musical performance skills in musicians.

She is the co-author, with Dr. Anne Shumway-Cook of the textbook for health care professionals, titled: Motor Control: Translating Research into Clinical Practice, which is in its 4th edition. Her research as been funded by the National Institutes of Health and the National Science Foundation for the past 31 years and she has published over 180 peer reviewed research articles in the area of motor control and rehabilitation. She has been the keynote speaker at conferences in the North and South America, Europe, Australia and Asia and performed research at the Max Planck Institute in Berlin, the CNRS in France and Umea University in Sweden. She graduated magna cum laude from the University of Southern California and is a member of Phi Beta Kappa. She received the Senior Scientist in Motor Development award from NASPSPA and was President of the International Society for Posture and Gait Research.