Can we create an illusion of walking using proprioceptive stimulations? A step toward gait in virtual reality

Virtual reality (VR) applications are developed for many purposes: entertainment (video games), culture (visiting a virtual museum) or rehabilitation. However walking is difficult to simulate with current VR systems. It requires a large space and/or the ability to produce actual gait movements. So can we make someone feel that they are walking while they are actually standing? The perception that we are walking is in part mediated by proprioception which may be mimicked by muscle vibration. Vibrating muscles at 70-100Hz can generate proprioceptive information of lengthening of the vibrated muscle, which is perceived as joint motion. For example, vibration of the quadriceps is associated with perception of knee flexion. A study successfully simulated perception of writing letters using six vibrators activated in a specific pattern at the upper-limb. Another study induced small lower-limb gait motions in quiet-standing participants using vibrations patterned according to the sequence of gait movements. However, we do not know whether participants ‘perceived’ gait motion during these vibrations. The main goal of this study was to quantify gait motion perception during multiple vibrations and how this perception was modulated by various factors.

We installed twelve vibrators on the flexor and extensor muscles at the hips, knees, and ankles bilaterally of 20 young healthy participants. Vibrations were applied at 80Hz with a pattern simulating gait (60 steps/minute) for one minute while participants stood (Figure, left). Eleven conditions were tested (one trial per condition) to test the effect of vision, vibration frequency, and the number and type of joints stimulated on gait movement perception. 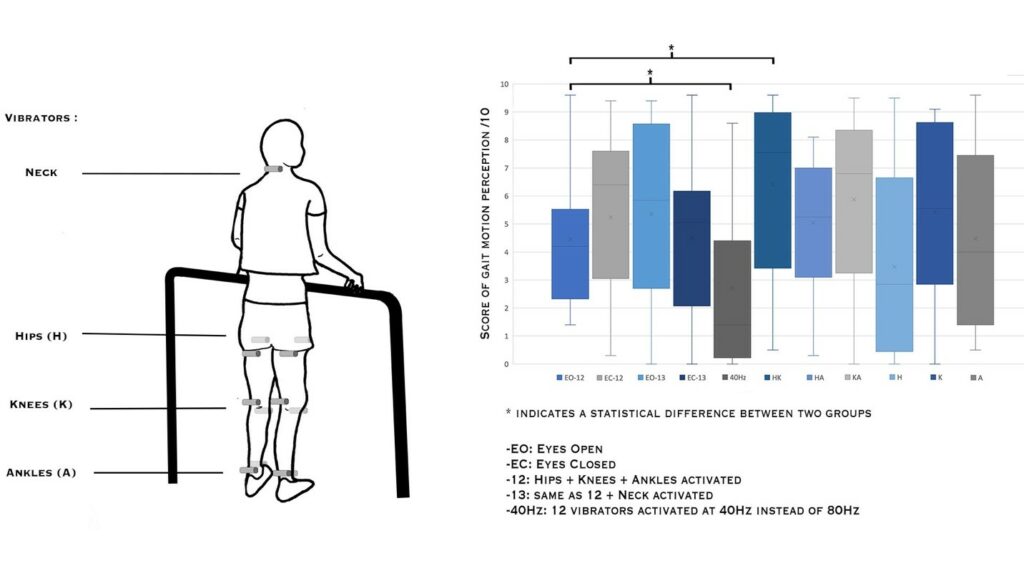 Figure. left: montage of the position of the vibrators; right: boxplot of the gait motion perception scores regarding conditions. Whiskers indicates min and max, upper and bottom side of the box indicates respectively third and first quartiles, the line and the cross within the box respectively indicates the median and the mean.

Gait-like proprioceptive stimulation can induce gait motion perception in individuals who are standing, even when visual information is available. Combined with an avatar in VR, it could improve the immersion in the VR experience through coherent visual and proprioceptive feedbacks and be used to better understand multisensory integration processes. It could also be used to complete the loop in brain machine interfaces where the intent of action is determined using neuroimaging and the proprioceptive and visual feedbacks associated with the intended action are provided by multiple vibration and VR. This may offer a powerful tool to stimulate neuroplasticity after neurological injury. 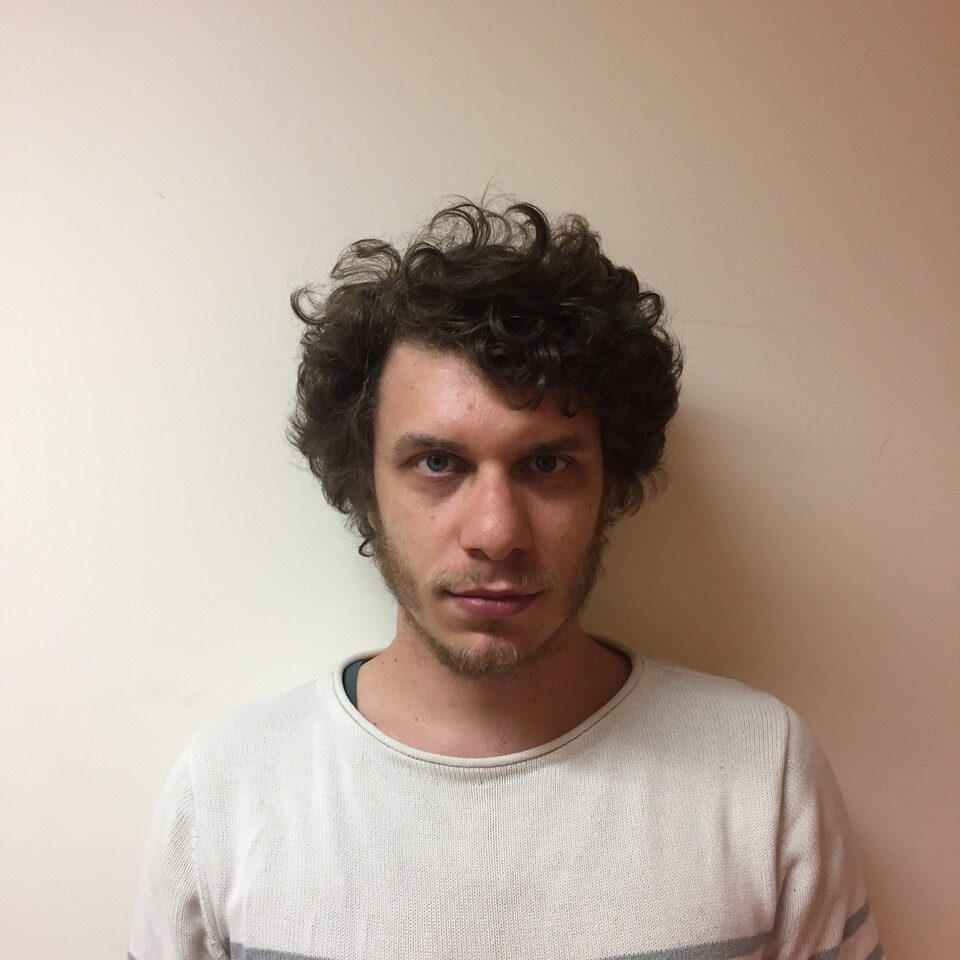 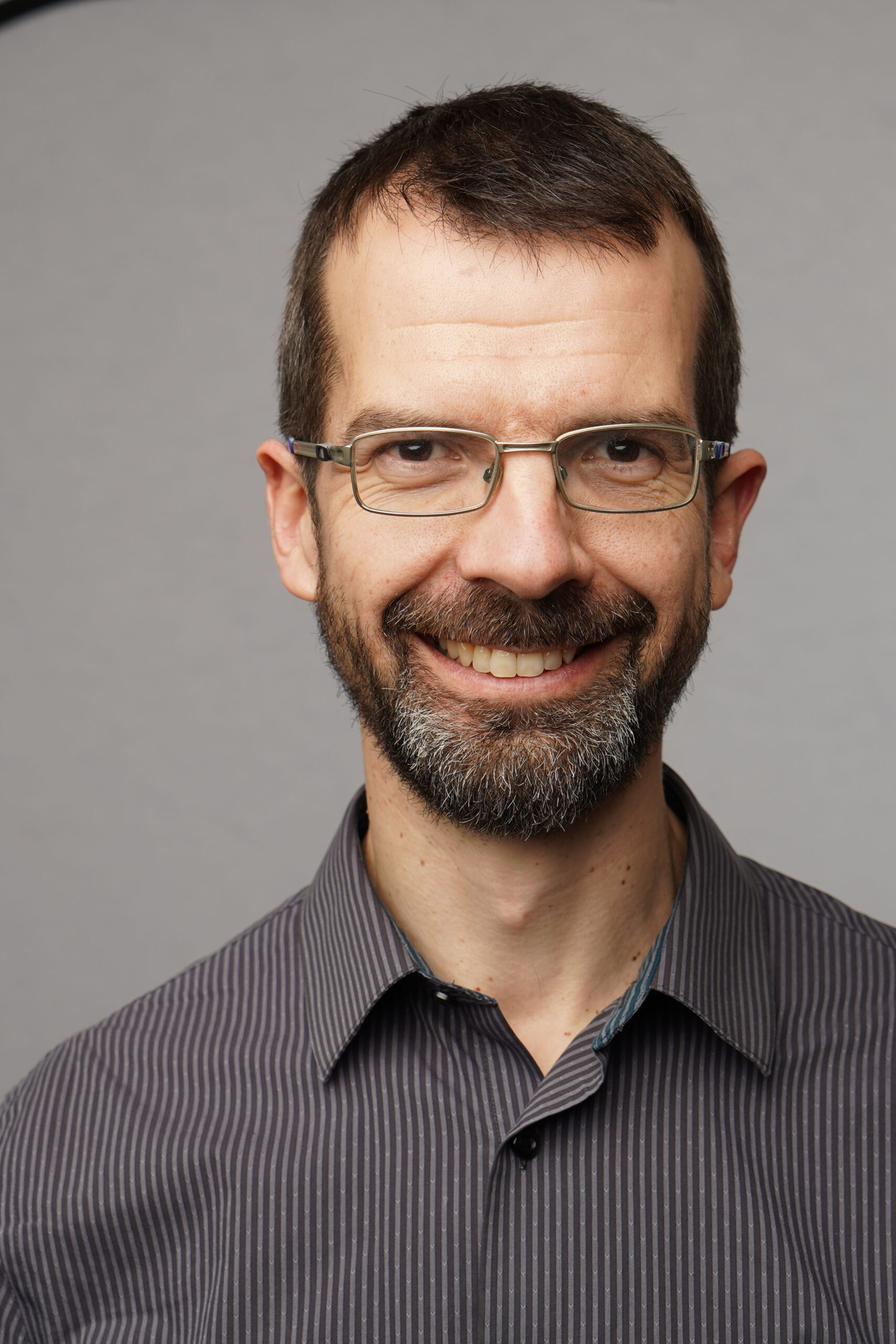 PhD in neuroscience and rehabilitation, associate professor, works on integration of sensory information during gait for rehabilitation purposes.