The key to uncovering Santa’s age and fall risk; an observational study using deep learning for markerless tracking of gait

Falls are a major cause of injury and death in older people (1). Based on his appearance, and according to common belief, Santa Claus has been estimated to be around 1750 years of age. Extrapolating the known relationship between age and fall risk, Santa Claus should have an extremely high risk of falling, which is aggravated by his night shift work under winter conditions. Additionally, carrying a load, such as a sack with presents, changes the gait pattern in a way that increases fall risk (2). A fall may preclude Santa from performing his annual chore and puts the happiness of millions of children at risk.

A sensitive parameter to detect fall risk is a person’s gait variability, defined as the stride-to-stride variations of gait kinematics. Indeed, older people at risk of falls are known to walk with increased gait variability compared to their counterparts with a lower fall risk (3). Unfortunately, to date, Santa’s natural habitat lacks a gait analysis setup to quantify his gait variability and assess his fall risk. Moreover, his busy schedule precludes a visit to a gait lab. Therefore, estimates of Santa’s fall risk are based on extrapolation and hence likely unreliable. New techniques based on deep learning, with a high degree of automatization, can assess gait variability in a natural environment from simple video-recordings (4). Using such novel methodology would allow to assess Santa in his natural habitat whilst not hampering his Christmas chores. This markerless method (DeepLabCut) has significant advantages over laboratory-based optoelectronic gait analysis, in that it is free, open-source, applicable in the participant’s natural environment, and requires only a video camera. Therefore, it is likely to be particularly useful for routine gait analysis in clinical settings.

In conclusion, we highly  recommended Santa to train his strength, balance and gait stability before the Christmas season and, if possible, to spread the delivery of presents over a longer period to reduce his risk of falling. The use of deep learning to analyze gait in natural environments and clinical settings is very promising and I expect that it will revolutionize the field of rehabilitation medicine. 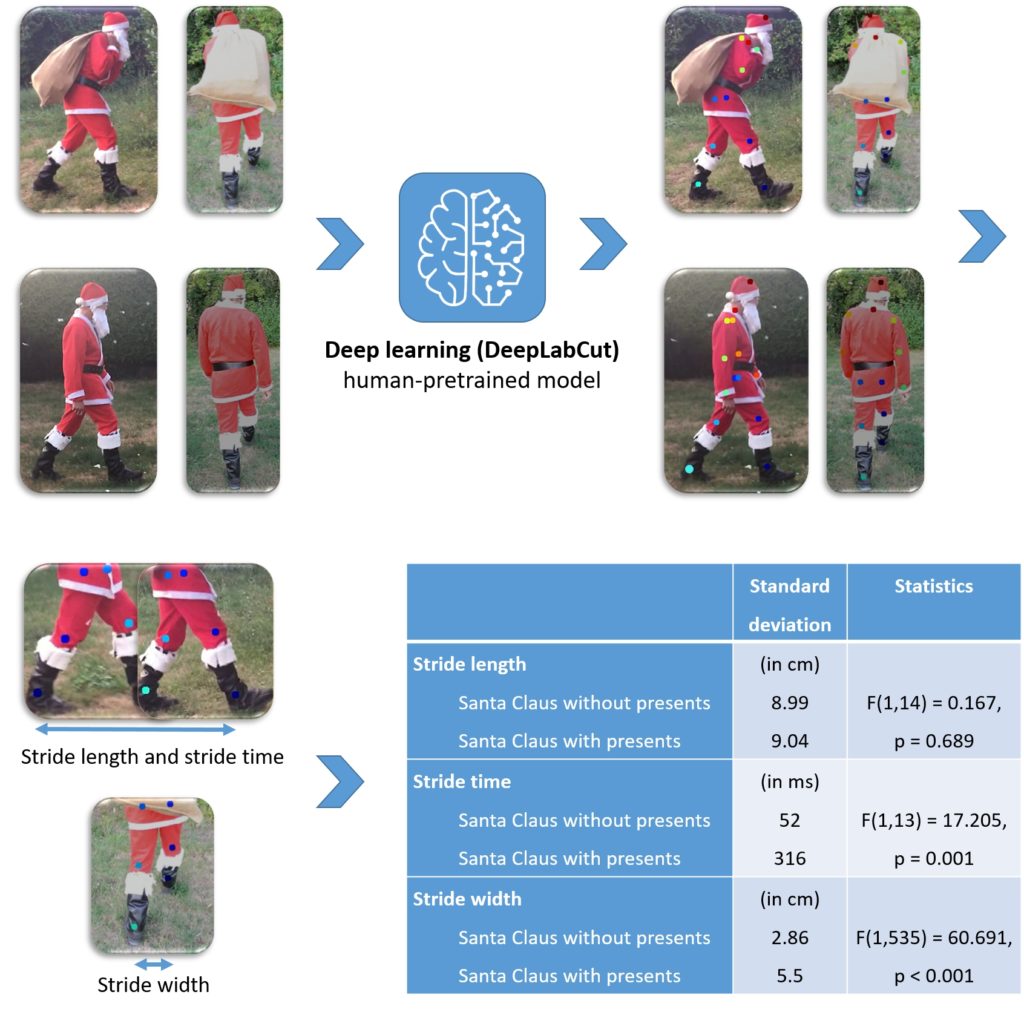 Figure 1. Workflow of the gait analysis of video-recordings of Santa Claus walking with and without a Christmas sack with presents in sagittal and frontal plane using deep learning (Deeplabcut; pretrained human gait model). Video-recordings of Santa Claus during one of his practice runs with and without a Christmas sack with presents were collected (https://youtu.be/U9eUqR7uXEE, https://youtu.be/Pbfp04UCMCs, https://youtu.be/phpm0AF3AO4, https://youtu.be/dvn5qujgrjE). The DeepLabCut human-pretrained model was used to retrieve the 2D locations of anatomical landmarks (e.g. ankle, knee, hip and shoulder) during walking (https://github.com/DeepLabCut/DeepLabCut/blob/master/examples/COLAB_DLC_ModelZoo.ipynb). Stride length, time and width were defined by the 2D locations of the ankle joint centers. Seven strides were analyzed per video. Differences in stride length, width and time variability between conditions were tested for significance using the Levene’s Test of Homogeneity of Variance (α=0.05). 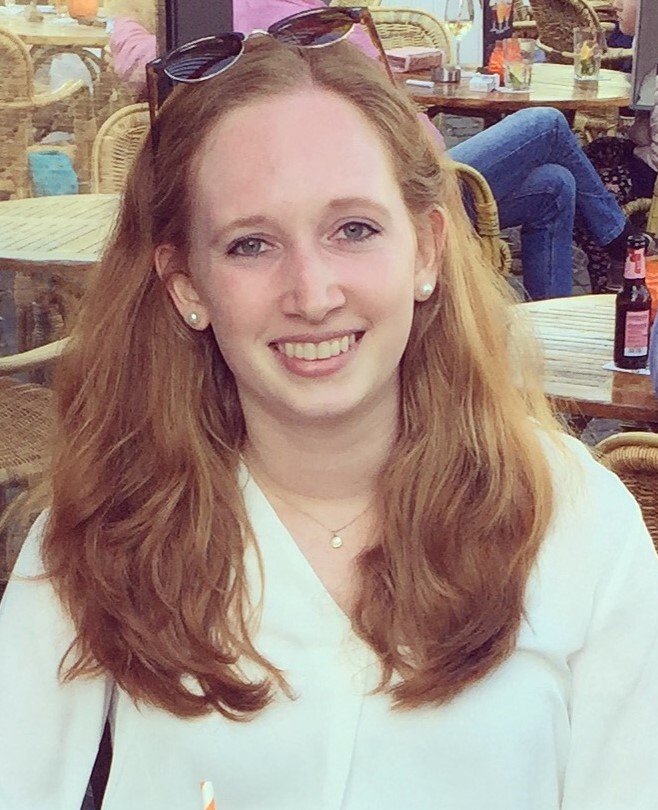 Maud is a joint degree PhD student at Hasselt University and the Vrije Universiteit Amsterdam. Her main research topic is Biomechanical fundamentals of balance control across the lifespan.

Can we stimulate the brain with electricity to improve balance and dual-task ability?

How to make sense of real-world wearable data? Throw most of it away