A common way to study balance is to perturb people by moving the surface under their feet and observe how they recover balance. Perturbations used in research are typically simple, predefined support surface translations or oscillations, which remain constant throughout the whole experiment. Because of that, they are highly representative of some circumstances of falling (e.g., losing balance while standing on a bus), but they cannot mimic the most frequent circumstance of falling amongst elderly in long-term care: incorrect weight shifting. How would one artificially create errors in weight shifting? We did this by creating a novel perturbation that amplifies one’s centre of mass (COM) movement in real-time. This perturbation would induce systematic errors throughout the movement, as opposed to predefined errors occurring at specific time points, induced by simple perturbations.

To create this novel perturbation, we paired a moveable robotic platform with real-time computer software (see Figure). A participant stood atop the robotic platform and the software received input of his COM movement from the motion capture cameras. It then moved the robotic platform by the same amount as the COM, but in the opposite direction, effectively duplicating the weight shift generated by the participant. In this study, we limited platform movements to mediolateral translations in response to mediolateral COM displacements. Using cross-correlations, we confirmed that the perturbations were delivered with high accuracy (correlation coefficient of -0.984) and short latencies (mean 154 ms, range 120 – 170 ms) with respect to the input COM displacement. We then performed a preliminary evaluation of how healthy young adults respond to this complex perturbation. Fifteen participants were instructed to stand as still as possible on top of the robotic platform, with their eyes closed, feet hip-width apart and arms relaxed by their body. In some trials, the platform was on and in others, it was off. We were able to demonstrate that the perturbation significantly altered postural control by increasing the range, variability, and mean power frequency of mediolateral, but not anteroposterior sway.
The paper describes how to create complex, yet accurate perturbations at relatively short latencies. Since we provided full technical details in the supplementary materials, we hope this novel perturbation method will be used as an additional tool in future research on balance and complex circumstances of falling. 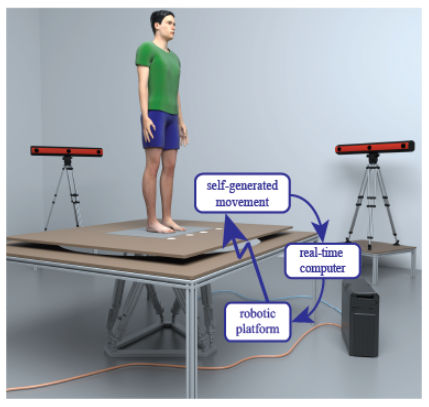 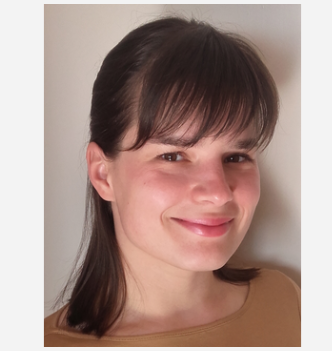 Department for automation, biocybernetics and robotics of Jozef Stefan Institute in Ljubljana, Slovenia

Zrinka Potocanac is a Postdoctoral associate at the Department for automation, biocybernetics and robotics of Jozef Stefan Institute in Ljubljana, Slovenia. She aims to understand the neuromechanical control mechanisms underlying gait and balance and our ability to quickly adjust these to account for the ever-changing environment.