What can step-to-step variability during running tell us about how running is controlled?

Even without external perturbations such as pushes or uneven terrain, noise-like imperfections in biological signals continuously perturb animals when they move. In this paper, we inquire how humans run without falling down in the presence of such intrinsic perturbations. We know that such intrinsic perturbations manifest as step-to-step variability and that this variability serves as a metric to quantify stability of movement. However, we understand little about the relationship between this step-to-step variability and motor control. Moreover, human running is most commonly modeled as a spring-and-mass or its variants, which are pertinent for understanding the role of passive actuation in running but don’t explain how deviations from the average motion are corrected. In this work, we explain how humans run without falling down in the presence of intrinsic noise-like perturbations with the help of experiments and investigate the role of active control in stable running in simulation.

We measured step-to-step variability in the motion and ground reaction forces while subjects ran on a treadmill. Next, we mined this variability to understand the relationship between input deviations from the average center of mass states during flight, and output deviations from average foot placement and ground reaction forces in the next stance phase. We discovered that deviations occurring in center of mass velocities at flight are mostly corrected within the next step and this control is tighter for sideways than for fore-aft deviations. Deviations in center of mass height are corrected by shifting the peak of the ground reaction force during stance. The changes in the center of mass motion predict changes in foot placement, in advance of the foot predicting its own placement, and the corresponding time lag allows for the presence of active feedback. We implemented these experimentally discovered control strategies on a simple biped model with muscle-driven actuation and found that it runs without falling down in the presence of large discrete perturbations (see videos below) as well as small continuous perturbations (of the type present in the experiment). Our results suggest that the muscles play an important role in controlling continuous intrinsic perturbations.

The methods used in this work provide a template for analyzing how running is controlled without the need for external perturbations. These methods could be used to further investigate the role of active feedback control by repeating the study with weakened vestibular and visual feedback. These methods could also be applied to different populations, such as athlete vs. non-athlete, to see how they differ in the control strategies used. The real-to-simulation controller we have developed here can be implemented on bipedal robots and exoskeletons to control running using human-derived gains.

Videos: The model with experimentally-derived gains is stable to discrete perturbations (larger than those present in the experiment). 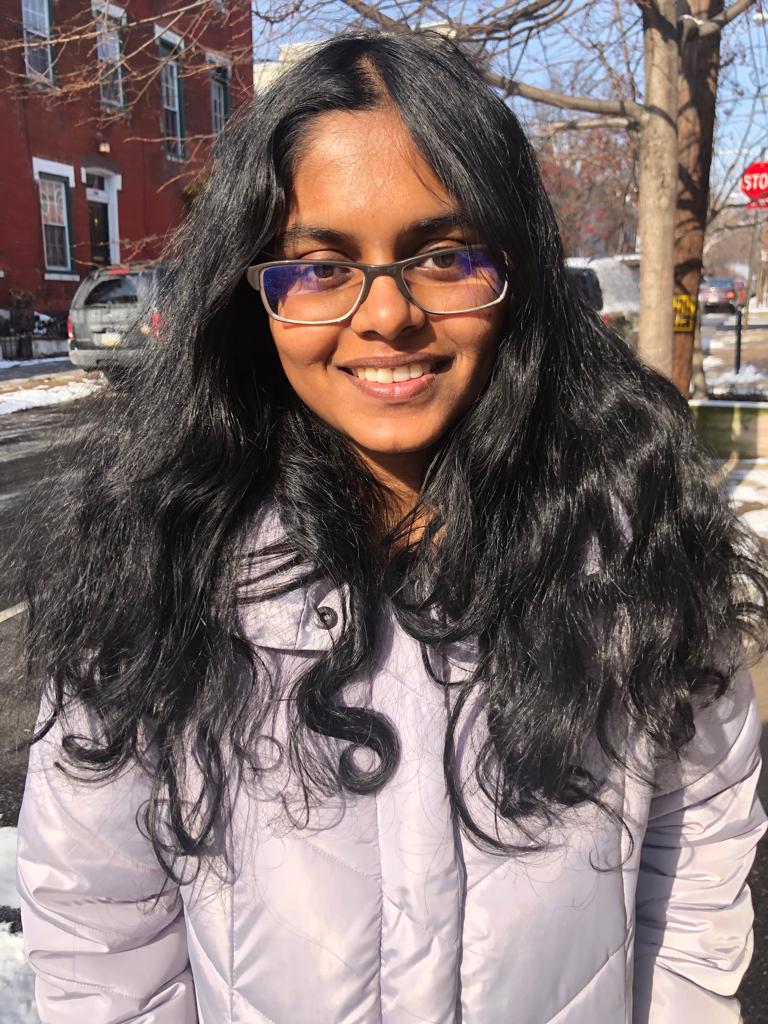 Postdoctoral Researcher at Kording Lab in University of Pennsylvania

Nidhi is a postdoctoral researcher in Dr. Konrad Kording’s lab at University of Pennsylvania, where she uses data science for movement science. She completed a PhD in Mechanical Engineering from Ohio State University with Dr. Manoj Srinivasan, building normative and data-driven predictive models of the energetics and stability of human locomotion.

The “quantified self”: Can wearables improve quality of life in people with Parkinson’s disease?

Deep brain stimulation in Parkinson’s disease: How to stimulate the brain to walk optimally?

Does direction of loss of balance matter to prevent a fall after stroke?