How do we maintain balance? What is our control strategy during upright standing? These questions are not as easy as they look. Even when standing quietly, we need to activate various muscles in order to not collapse under the influence of gravity. This is made extra difficult by the frequent balance disturbances we experience in daily life, for instance due to neuromuscular noise or people bumping into us. The postural control mechanism must hence be stable, but also adaptive to internal and external disturbances (this adaptability is called postural robustness). Postural control is conventionally thought to continuously actuate the body segments based on joint state; however, this strategy cannot bring forth the bimodal distribution of ankle movements that are commonly observed during standing. Therefore, we hypothesized that balance during quiet standing is controlled intermitted, not continuous. In this study, we demonstrated the relevance of a new concept for postural control called intermittent feedback control, in which each joint is actively actuated only when the instability of the system exceeds a certain threshold.

We used a quadruple inverted pendulum as a model for tiptoe standing to simulate upright posture with internal disturbance accompanied by the change in posture and sensory feedback. The four segments represented the foot, shank, thigh, and head-arm-trunk segments and had human anthropometric characteristics. Each joint was actuated by an anti-gravitational joint torque generated according to three different control strategies: 1) continuous control (a continuous active and passive joint torque based on joint angle and velocity), 2) intermittent control (an intermittent active joint torque only when instability of the system increases and an continuous passive torque), and 3) passive control (only a passive torque from musculotendinous viscoelasticity). Our results show that only when the hip is controlled intermittently, we obtain joint oscillations with amplitudes and variations that are similar to those during actual human standing. Also, there were substantial differences in postural robustness among different joint control strategies.

Figure: a visualization of our model for intermitted postural control

Our results highlight the advantages of intermittency for the postural control system and could have far-reaching implications for training and rehabilitation. For example, based on the concept of intermittent control, we might be able to train the system to be robust to internal and external perturbations of a certain intensity. Furthermore, our findings may provide important insight into a long-lasting debate: is lower variability indeed more stable? In conclusion, our findings suggested that human upright posture could be controlled intermittently and that this intermittent feedback control may be associated with increased postural robustness. 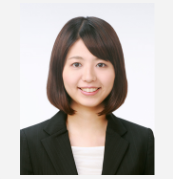 Graduate School of Arts and Sciences, The University of Tokyo

Hiroko Tanabe is an assistant professor at the Graduate School of Arts and Sciences, The University of Tokyo, Japan. Her research interests are the motor control mechanism in patients and athletes. She is currently working on neural-muscular-skeletal quantification of psychiatric patients, postural adaptation during pitching motion of baseball players, and aesthetic walking motion and its control theory of dancers.