In the past several years, studies have shown that the prefrontal cortex — which has a crucial role in the control of executive functions including attention, working memory, and motor planning — is also involved in the neural control of walking. Mobile brain imaging approaches, such as functional near-infrared spectroscopy, allow us to measure prefrontal cortical activation during the performance of various walking tasks. While this is extremely valuable, an important yet unresolved challenge in the measurement and interpretation of brain activity during walking is the influence of inter-individual differences on brain activation. In our study, we address important knowledge gaps by investigating the extent to which prefrontal cortical activation during an obstacle negotiation task relative to typical steady state walking is explained by inter-individual differences in age, executive function, and sex in older adults. Furthermore, we present a novel perspective on the interpretation of prefrontal activation during walking based on a conceptual model of brain aging, the Compensation-Related Utilization of Neural Circuits Hypothesis (CRUNCH). Developed by Reuter-Lorenz and Cappell (2008), CRUNCH is a broader conceptual framework that consolidates several brain aging models including neural inefficiency, neural compensation, and capacity limitation.

Our findings demonstrate that the interaction between task demands and individual characteristics may influence the functional range of brain activity available during complex walking and this should be considered by studies designed to intervene on brain activation efficiency to enhance walking ability in older adults. We suggest that future studies should measure activity from additional brain regions; design walking tasks with multiple gradations of difficulty; and include genetics and lifestyle as these variables may protect against or worsen mobility decline in older adults. 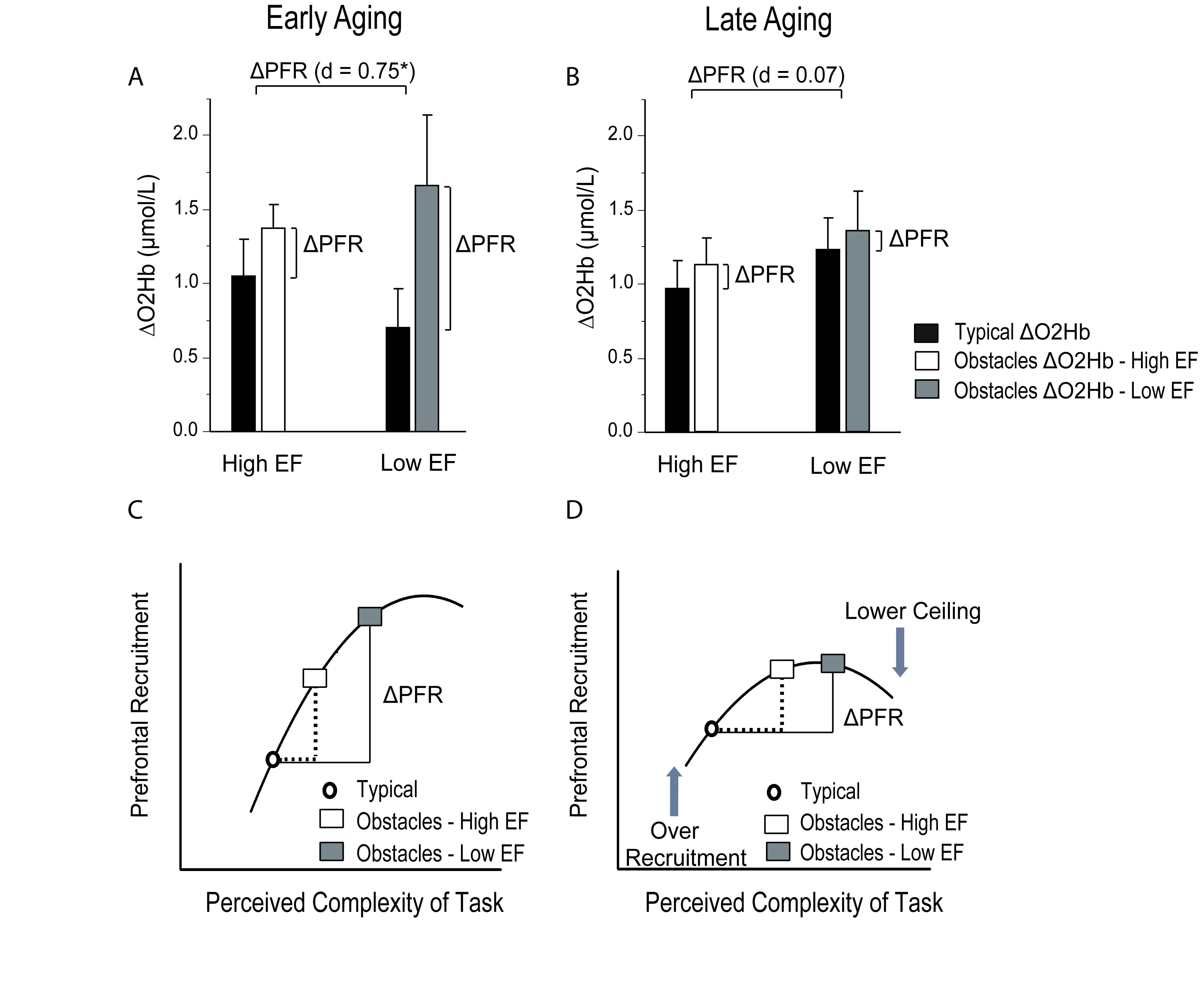 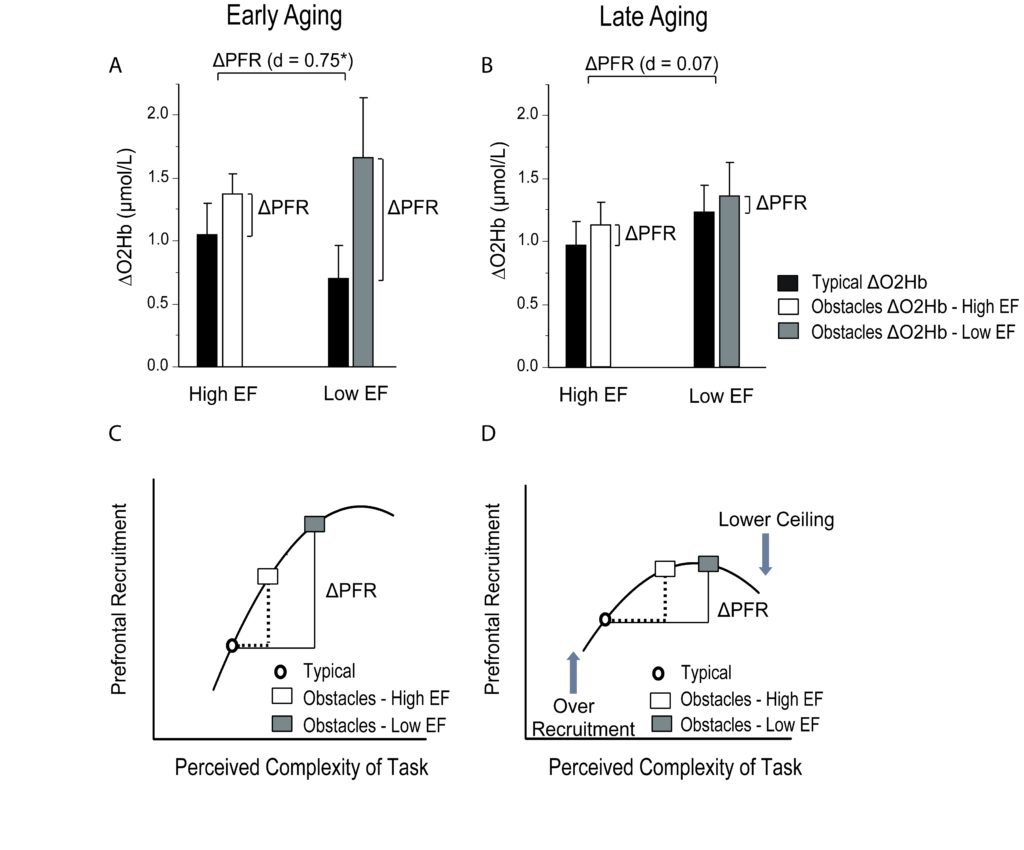 Figure 1: Panels A and B show the prefrontal activity data during typical steady state walking (Typical) and obstacle negotiation (Obstacles) in the early and late aging groups. Panels C and D show the conceptual interpretation of our data based on the Compensation-Related Utilization of Neural Circuits Hypothesis (CRUNCH) framework. EF denotes executive function. ΔO2Hb denotes the change in prefrontal activity during the walking period compared to the reference period for each task. ΔPFR denotes the change in prefrontal recruitment during Obstacles compared to Typical. Group differences in ΔPFR are reported as Cohen’s d.

This research was supported by a NIH/NIA R21 grant awarded to Dr. David J. Clark, Associate Professor at the University of Florida (The UPfront Walking Study). 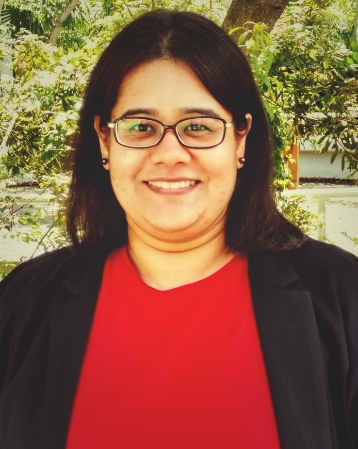 Dr. Sudeshna Chatterjee is a Pepper OAIC Scholar and Postdoctoral Associate at the University of Florida. She is a licensed physical therapist with several years of experience in conducting gait research in older adults and adults post-stroke. She applies clinical, neurophysiological, and behavioral approaches to understand and enhance walking function.

The influence of walking and talking on foot clearance: One step at a time

Let’s take the dog for a gait…