Dementia is the largest cause of disability in older people. Currently, there is uncertainty about who will develop dementia. Imaging biomarkers are promising for predicting dementia, but they are costly and unable to capture the role of cognitive reserve (brain’s ability to improvise to get a job done). A person’s gait may reflect the ability to use brain networks in the presence of pathology. Poorer gait performance (e.g. slow speed or increased gait variability) predicts future dementia. This study aimed to determine if specific gait characteristics are associated with decline in specific cognitive domains. This information may help targeting individuals with personalised interventions at an early stage.

Our findings suggest gait is a useful functional marker of cognitive decline that could be incorporated into clinical assessments of cognition and dementia risk. Gait speed is quick and easy to measure. Measuring DST variability gives additional information on those at risk of memory decline and therefore may be suited for specialist clinics. A limitation of this study is that we did not include dual-task walking which is also known to be associated with dementia.

Identifying people at risk of cognitive decline as early as possible may provide a window of opportunity to combat accumulating pathology or initiate preventative interventions. Future work is required to determine cut points for gait measures to facilitate use in clinical practice. 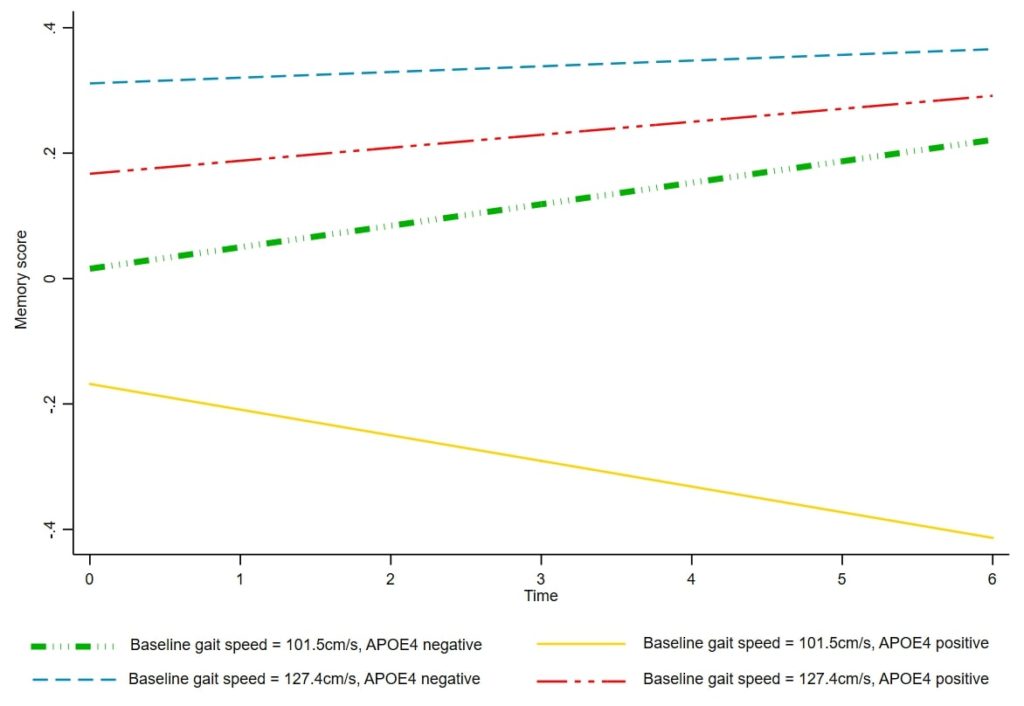 Figure -bottom. The association between baseline gait speed memory over time (6 years) in people with and without APOE4. Differences in change in memory are shown for the highest (faster) and lowest (slower) quartiles of baseline gait speeds combined with APOE4 genotype. 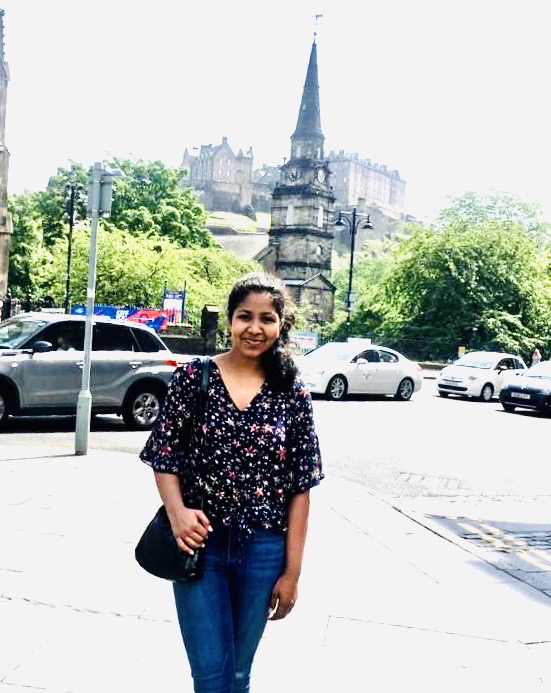 I am a final year PhD candidate at Menzies Institute for Medical Research, University of Tasmania. I am working with Assoc. Prof. Michele Callisaya and my PhD aims to understand the interplay between gait, cognition and brain structure in predicting falls and dementia in older people.

Walking mostly uphill or downhill? Choose your shoes based upon which way you are walking!

Do walking and cognition share the same functional brain networks?

Dual-tasking or single-tasking in the lab? Which better reflects every-day walking in older adults?