Effects of baby walkers on the development of gait – heros or villains?

We assessed temporo-spatial gait parameters and lower limb kinematics in 32 toddlers, 16 in the baby walker group and 16 in the non-user group, on the week of gait acquisition and then monthly for up to six months. Age of gait acquisition did not differ between groups. The baby walker group walked slower and had longer stance and swing phases. This group also showed smaller knee flexion and greater hip range of motion during the gait cycle in the sagittal plane.

The results demonstrated that there was no delay in the age of gait acquisition in toddlers who had used a baby walker compared with those who had not. However there were specific joint amplitude differences between toddlers who had used a baby walker and those who had not, which tended to disappear in the months following gait acquisition. These findings contribute to evidence-based recommendations by health care professionals about the use of baby walkers by toddlers during emergence and early development of gait. The decision to use or not the baby walker might be left to caregivers’ beliefs and opinions providing awareness of accidents – especially burns and traumatic head injuries. In conclusion, regarding their gait development, the use of baby walkers by typically developing infants prior to gait acquisition can be considered neither hero nor villain. 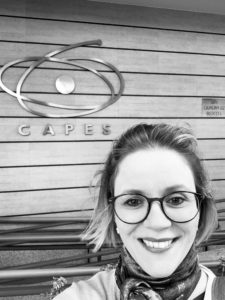 Standing up from the floor – A sensor based analysis

A conceptual framework for testing balance control in children