People at increased risk of falls may be less able to control their balance. The ability to control balance is loosely defined as the ability to maintain the body’s center of mass (COM) within the base of support (BOS) formed by the feet. During dynamic activities such as walking, this definition does not hold as the COM frequently travels out of the BOS without leading to falls. Dynamic balance control during walking has therefore been quantified based on the position and velocity of the COM with respect to the BOS, where an inability to regulate the COM velocity or momentum could be a cause for gait imbalance. Given that acceleration induces changes in velocity, COM acceleration could enhance our understanding of how momentum is controlled during gait, which would allow us to better understand and identify individuals with balance control difficulties. In this study, we compared dynamic momentum control among healthy young adults, elderly non-fallers and elderly fallers during walking.

The control of the COM in forward-backward direction was examined during walking in 15 healthy young adults, 15 elderly non-fallers and 15 elderly fallers. Using a single-link-plus-foot inverted pendulum model, we determined the boundaries of the region of stability in two ways. One used conventional method based on the COM position at toe-off and its instantaneous velocity. The other used our novel method based on the peak acceleration of the COM prior to toe-off. Although there was no significant difference in the peak forward COM velocity between healthy young adults and elderly non-fallers, the peak forward COM acceleration differed significantly, suggesting age-related differences in momentum control during walking (Fig.1a). Elderly fallers demonstrated significantly lower forward COM velocities and accelerations and placed their COM significantly more forward at toe-off than the other groups, which resulted in their COM position-velocity or COM position-acceleration combination to stay within or close to the forward boundaries of the region of stability (Fig.1b, c). This suggests that elderly fallers adopted a more conservative gait balance strategy compared to healthy subjects, demonstrating larger stability margins. Importantly, our novel method was capable of distinguishing elderly non-fallers from the young group.

Healthy young adults and elderly non-fallers utilized similar momentum to propel the body forward, but controlled this momentum differently. Our elderly participants demonstrated significantly smaller COM acceleration, which could be indicative of their poor momentum control perhaps due to reduced muscular functions and a protective strategy for potential falls. Since a fall could be induced by a sudden change in momentum, such as trips or slips, inability to properly control COM momentum would result in imbalance in response to such external perturbations, predisposing them to a greater risk of falls. Examining the COM acceleration in addition to its velocity would provide a better understanding of a person’s momentum control. This would facilitate early identification of older individuals at a high risk of falls and implementation of fall prevention interventions. 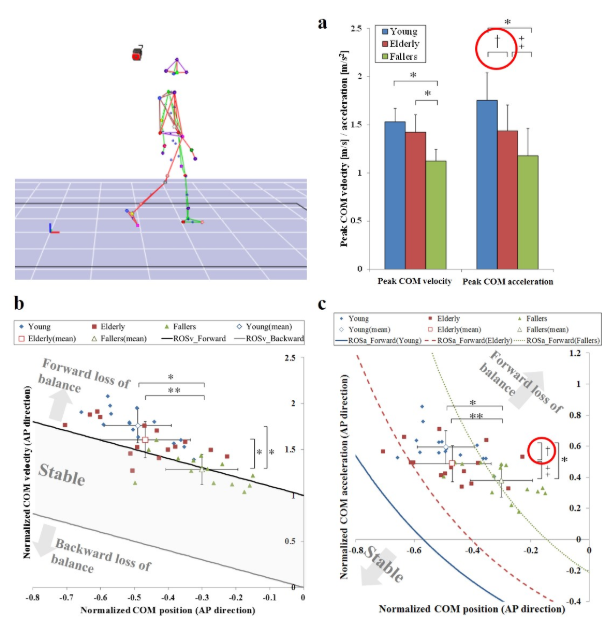 Figure 1: (a) Peak forward COM velocity and acceleration during walking in healthy young participants (Young), elderly non-fallers (Elderly) and elderly fallers (Fallers). (b) Region of stability (ROS) calculated based on the conventional method using COM velocity and position. The black and gray solid lines indicate the forward and backward boundaries of the ROS, respectively. (c) ROS calculated based on our method using peak COM acceleration and position. Solid and dashed curves indicate the forward boundaries of the ROS averaged for each subject group. *†‡p<0.05. 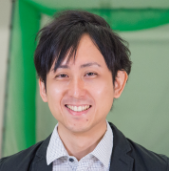 Masahiro Fujimoto received his Ph.D. in Biomechanics at the University of Oregon and worked as a Postdoctoral Fellow in the University of Maryland School of Medicine. His research interests include fall risk assessment and fall prevention in older adults through a better understanding of the biomechanics and motor control of human balance and movement.