The ability to adapt our walking pattern to the environment is essential for everyday locomotion. This adaptive locomotion is achieved through highly coordinated movements within (intra) and between (inter) our limbs. However, it is not clear what mechanisms exist behind this coordination. Adaptation strategies during walking have previously been examined using split-belt treadmills. In these experiments, the treadmill has two independently controlled belts that force the legs to move at different speeds. In such split-belt treadmill walking, two types of adaptations have been observed: early and late adaptations. Early adaptations appear as rapid changes in inter-limb (e.g. relative phase between the legs) and intra-limb (e.g. stance duration per gait cycle) coordination. By contrast, late adaptations occur gradually after the early adaptations and only involve inter-limb coordination. Furthermore, inter-limb coordination shows after-effects when the belt speeds are equalized. It has been suggested that these adaptations are governed primarily by the spinal cord and cerebellum, but the underlying mechanism remains unclear. To understand the mechanism of these adaptations, we developed a control model based on the physiological findings, and investigated its adaptive behavior via split-belt treadmill walking experiments using both computer simulations and an experimental bipedal robot (Fig. A).

We assumed that the foot contact timing plays a crucial role for these adaptations because previous studies have showed that the vertical ground reaction forces and ankle stiffness remarkably change at foot contact due to changes in the belt speed condition. We developed a two-layered control model composed of spinal and cerebellar models (Fig. B). The spinal model generates rhythmic motor commands using an oscillator network based on a central pattern generator (CPG). It modulates the command timings formulated in immediate response to foot contact, while the cerebellar model modifies motor commands (only affecting the temporal pattern) through learning based on error information related to differences between the predicted and actual foot contact timings of each leg. 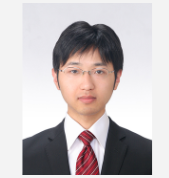 Assistant professor at the University of Tokyo

Soichiro Fujiki is an assistant professor at the University of Tokyo. He obtained a PhD in Engineering at the Kyoto University, Japan. The goal of his research is to elucidate the mechanism behind motor control during locomotion.  To investigate the control mechanism in humans and animals, he measures the motions of humans and animals and conducts numerical simulations and the robot experiments.