How important are feet for sitting balance in individuals with spinal cord injury?

Ten able-bodied individuals and six individuals with cervical SCI were recruited and asked to maintain upright quiet sitting posture on an instrumented chair during two 60 second trials. The forces on the seat and the foot support surfaces were measured separately using two force plates (Figure 1A). The global center of pressure sway (COPG) was obtained from the measurements on the two force plates according to Equation 1, and the sway on the seat (COPS) and foot support (COPF) force plates was calculated individually. The results illustrated in Figure 1B showed that global and seat support sway of individuals with cervical SCI was twice as large compared to able-bodied individuals, while foot support sway was not significantly different between the two groups. Comparison between global and seat sways showed that anterior-posterior velocity of global sway was larger compared to the seat sway in both groups.

Our study presented the experimental setup for measuring postural control during sitting balance of individuals with SCI that includes contributions of the foot support forces. The results suggest that postural control of individuals with cervical SCI was worse than that of able-bodied individuals. The trunk swayed more in individuals with SCI, while the stabilization effect of the feet did not differ between the groups. Foot support affected anterior-posterior fluctuations in both groups equally. Thus, trunk control is the dominant mechanism contributing to sitting balance in both able-bodied and SCI individuals, whereas foot support forces provide passive support, which is important for sitting stability. Overall, these results suggest that rehabilitation should focus on recovering trunk function as well as on optimizing foot placement to provide additional support.

Figure 1: A) Experimental setup for sitting balance, where COPS represents trunk sway on the seat surface, COPF represents foot support sway on the ground, and COPG represents the global sway. Vertical forces on the seat surface (FzS and FzS), shear forces on the foot support surface (FxFand FyF) and the height between the seat and foot support force places (h) are also shown in Equation 1. B) Example of the sway for COPG, COPS, and COPF sway for one able-bodied individual (AB) and one individual with spinal cord injury (SCI), where AP is anterior-posterior and ML is medial-lateral sway. 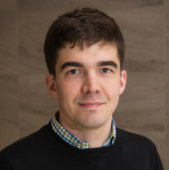 University of Tokyo Department of Life Sciences, Graduate School of Arts and Sciences

Matija Milosevic received the Ph.D. degree in biomedical engineering from the University of Toronto, Canada, in 2015. He is currently an NSERC Post-Doctoral Fellow at the University of Tokyo, Japan. His research interests include postural control, biomechanics, neurophysiology, neural systems, functional electrical stimulation, spinal cord injury and rehabilitation engineering.