Following anterior cruciate ligament (ACL) rupture, reconstructive surgery (ALCR) is often performed to mechanically stabilise the knee, however functional and neuromuscular deficits can persist long after surgery. Impaired single-limb balance control when standing on the ACLR limb compared to healthy individuals has been reported by other groups. Building on these findings, the current study aimed to generate new knowledge as to whether similar balance deficits exist between injured and contralateral uninjured limbs, one year post-surgery, which is typically the time when patients are permitted to return to sport. Uncovering balance deficits in patients who have undergone ACLR is clinically important information, which may help to identify a risk factor with the capacity to predict ACL re-rupture or contralateral injury, and advance rehabilitation strategies post-surgery.

Our study investigated 100 adults who had undergone a primary hamstring-tendon ACLR in the 12 months prior to testing. Participants performed challenging tasks of static single-limb balance, with eyes closed, whilst standing on the ACLR and uninjured limb. Traditional measures of centre of pressure movement (excursion, velocity) in anterior-posterior and mediolateral directions were collected over 20 seconds, using a Nintendo Wii Balance Board (Figure 1). We were also interested in exploring possible associations between patients who presented with concomitant injury (chondral lesions) or underwent ‘additional’ surgeries (meniscectomy) at the time of ACLR, and balance ability, one year following reconstruction. We found that single-limb standing balance did not differ between the ACLR and uninjured limb for any of the centre of pressure measures of interest (all P values >0.686). Whilst 71 participants were reported to have concomitant injury/surgeries, these factors were not associated with measures of balance ability (all P values >0.213).

Findings reported in our article extend, and concur with, prior evidence indicating the absence of balance deficits between the injured and uninjured limbs during less challenging unilateral balance tasks, where visual information was available (i.e. quiet standing with eyes open). However, in the context of wider evidence, which demonstrates that patients who have undergone ACLR show poorer balance control relative to their healthy counterparts, our results point to the suggestion that bilateral balance deficits may exist in this clinical population. For health professionals involved in the management of patients following ACL injury and ACLR, our research implies that clinical assessments of balance, and interventions designed to enhance balance ability, should consider both the injured and uninjured limbs, within the early stages of post-ACLR rehabilitation strategies. 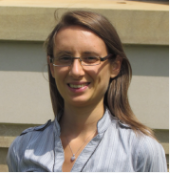 Lecturer in Physiotherapy and Co-Director of the Centre for Neurorehabilitation, Ageing and Balance Research at The University of Queensland

Dr Anna Hatton is a Lecturer in Physiotherapy and Co-Director of the Centre for Neurorehabilitation, Ageing and Balance Research at The University of Queensland. Her research seeks to explore the sensorimotor control of balance and gait in ageing, neurodegenerative, neuromuscular and musculoskeletal disease populations, to inform the development of novel rehabilitation techniques.