Moving safely through the environment requires adequate perception of our abilities in relation to the task at hand. If we have the ability to overcome the biomechanical task demands, execution of the planned task is most likely successful. Knowledge of our own ability is therefore crucial in motor planning. Yet, are we still capable of accurately judging our abilities when we grow older and face the concomitant physical and cognitive declines? Inaccurate judgment of our own ability could either lead to overestimation (e.g., excessive risk taking) or underestimation (e.g., activity avoidance). How can we directly quantify the amount of over-and underestimation in gait? We aimed to quantify the degree of misjudgment between the perceived and actual gait ability in older adults.

We investigated two paradigms to determine the degree of misjudgment: one used a path width manipulation and the other used a speed manipulation (Figure 1a). We asked 27 older adults to walk within paths of different widths projected on a treadmill. We quantified the actual ability by evaluating the participant’s stepping accuracy on a range of path widths and treadmill speeds. Prior to this actual ability measurement, we asked the participants to indicate the smallest path and highest treadmill speed at which they believed they could still walk within the boundaries of the path to unravel their perceived ability. By doing so, we were able to define the degree of misjudgment as the difference between one’s perceived and actual ability (Figure 1b).

Our results show that stepping accuracy increased when we broadened the path width, while the stepping accuracy did not decrease when treadmill speed increased (i.e., it was not more challenging to walk on a path at a higher speed). Because stepping accuracy was not affected by treadmill speed but was affected by path width, the latter manipulation was used to determine the degree of misjudgment. In agreement with other studies, we showed disparities between perceived ability and actual ability for some of the participants. Altogether, we directly quantified older adults’ misjudgment of gait ability using a path width paradigm. Such quantification of over-and underestimation of gait abilities in older adults could be beneficial in fall-risk assessment and allow for more tailored interventions. 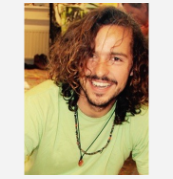 Department of Human Movement Sciences of the Vrije Universiteit Amsterdam

Nick Kluft is a PhD candidate at the Department of Human Movement Sciences of the Vrije Universiteit Amsterdam in The Netherlands. His research focuses on the discrepancy between perceived and actual physical ability, and how this misjudgment affects gait, stepping behaviour and responses to gait perturbations in older adults. This research was supported by the Dutch Organisation for Scientific Research (NWO).