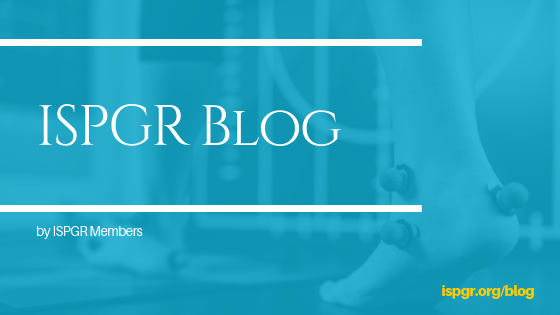 Lower limb spasticity is a common consequence of stroke. The persistent muscle overactivity, paresis, increased stretch sensitivity and altered tissue properties, which characterize spasticity, affect the ability to effectively modulate muscle activity. In turn, the ability to control the position of the centre of mass is altered and may lead to an increased likelihood of falling. Because unilateral impairments are common after stroke (Figure 1A), posturographic measures quantifying the contributions of each limb to balance control may have utility in characterizing specific deficits in spatio-temporal parameters of control. More importantly, there is an added need to use these measures to characterize change in balance control over time, as a way of informing clinical decision-making. Precise quantitative measures of changes in individual limb contributions to balance control over time have the potential of providing specific and sensitive information on the efficacy of interventions.

Using data that tracked recovery over a 2-year window, we retrospectively analyzed changes in balance-related outcomes that took individual-limb contributions to balance into consideration over time, to characterize the natural time course of balance recovery in individuals with post-stroke spasticity. Inter-limb synchronization (the amount of similarity in forward and backward sway between the left and right legs over a 30 second trial) was determined by calculating the peak of the cross-correlation function between the anteroposterior centre of pressure traces on 2 force plates (one for each leg). Spatial symmetry, weight-bearing symmetry, and Berg Balance Scale scores were also tracked. Hierarchical growth curve modelling was used to estimate the recovery trajectories of 92 stroke-survivors with (n=45) and without (n=47) post-stroke spasticity of the lower limb (assessed as Modified Ashworth Scale ≥ 1 at the ankle alone with or without knee spasticity). Separate trajectories were modelled for individuals with and without spasticity. Models were additionally generated based on the severity of spasticity. These analyses identified early improvement followed by a slowing and plateau in rates of recovery. Individuals with spasticity had greater deficits than those individuals without spasticity, but the recovery trajectories between groups did not differ. Inter-limb synchronization was negatively influenced by the severity of spasticity (Figure 1B).

Spasticity affects balance control by reducing the extent of inter-limb synchronization of the centres of pressure. This reduction in synchronization persists well into the recovery window. Further research is needed to determine whether these recovery trajectories can be modified with interventions that aim to reduce spasticity or enhance motor recovery of the lower limbs. From this perspective, the information derived from this study can serve as indicators of the natural time course of recovery using specific metrics of balance control. 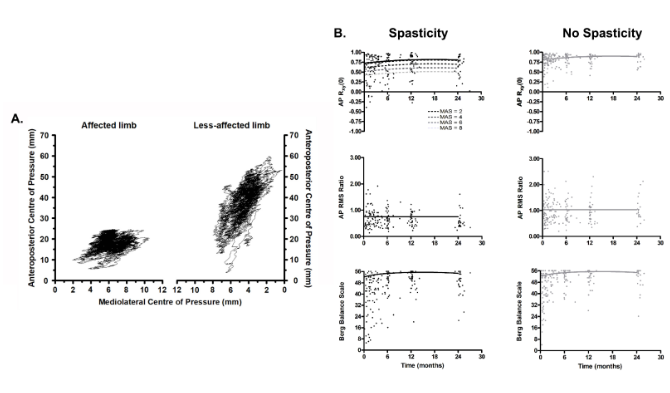 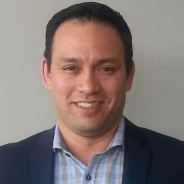 Dr. George Mochizuki is a Scientist with the Canadian Partnership for Stroke Recovery in the Hurvitz Brain Sciences Research Program at the Sunnybrook Research Institute in Toronto, Canada. He also holds the rank of Associate Professor (status-only) in the Department of Physical Therapy at the University of Toronto. His research aims to identify the contributions of the central nervous system to balance control and to characterize impairment and recovery of balance control following neurological injury.