Difficulty with turning while walking is a common and delibitating problem for individuals with Parkinson’s disease (PD). A possible explanation for this problem may be the inability to adequately regulate step width during the turn. Although the characteristics of turning impairments in PD are well documented, few studies have investigated how step width is regulated during turning. Dopaminergic medication is commonly prescribed to decrease the severity of PD symptoms and has been shown to improve gait. However, it is unclear whether and how dopaminergic medication affects turning ability. Therefore, this study aimed to compare regulation of step width during pre- and unplanned walking turns in individuals with PD to healthy controls and to investigate whether dopaminergic medication improves step width regulation or not.

Seventeen individuals with PD (ON and OFF dopaminergic medication) and 17 healthy controls performed each of the following three tasks, presented randomly: walking and turning 180° to the right or left, and walking straight. To evaluate both proactive and reactive turning behavior, the task was visually cued before starting to walk (preplanned turns) or at one step before reaching the turning point (unplanned turns). Walking kinematics were measured by 3D motion analysis. Turns initiated with the step and spin strategy (see example in Figure 1A-B) were analysed separately. Our findings reveal that both individuals with PD and controls alternated their step width while turning, i.e. from wide-to-narrow-to-wide base of support for the step strategy and narrow-to-wide-to-narrow base of support for the spin strategy (Figure 2A-B). However, irrespective of turning strategy, individuals with PD turned with narrower steps whilst using crossing steps (i.e. step width closer to a value of zero). The effects of dopaminergic medication were sparse; significant interaction effects were found for the step strategy (Figure 2A) but post-hoc testing did not reveal any significant differences between PD OFF and ON.

To conclude, problems regulating step width while executing cross-over steps with a narrow base of support appears to be a critical feature for turning in PD. This finding could reflect a safety strategy among individuals with PD in order to decrease the postural demands associated with the drastic change of base of support while performing crossing steps. As dopaminergic medication showed limited effect on step width regulation, rehabilitation plays an important role to promote safe turning strategies with a specific emphasis on sustaining a wide support base. 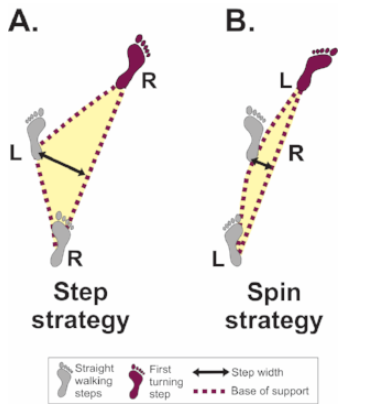 Figure 1. Schematic drawing of A) the step strategy (i.e. first turning step ipsilateral to the turning direction) and B) the spin strategy (i.e. first turning step contralateral to the turning direction) during a right turn. Note that similar to straight walking, the step strategy leads to positive step width as the base of support is widened, whereas the spin strategy results in a narrow or negative step width as the turning foot crosses over and lands close to or medial to the line of progression of the internal leg. 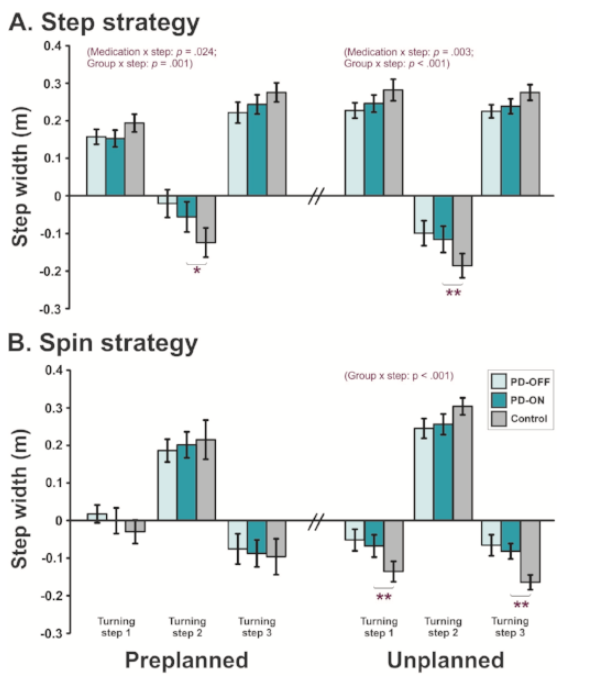 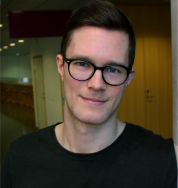 David is a registered physiotherapist who investigated dual-task training for individuals with Parkinson’s disease during his PhD training at the Karolinska Institutet. As a post-doc at McGill University, his current research focus on the effects of non-invasive brain stimulation on motor recovery after stroke.