Ready to be perturbed? Prior knowledge about timing of upcoming perturbation shortens muscle reflex latency.

Reflex is the first line of defense for preventing falls when you are perturbed. The reflex system, especially medium-latency or long-latency reflex system, is very flexible and it has been known that the central nervous system takes advantage of prior knowledge about potential upcoming perturbations for modulating postural reflexes. In other words, if you know that may be perturbed, you can prepare for the perturbation. There are two distinct aspects of prior knowledge: spatial and temporal. This study investigated how each of spatial and temporal prior knowledge contributes to the shortening of muscle response latency.

Eleven participants walked on a split-belt treadmill. They were perturbed by sudden and unexpected acceleration or deceleration of the right belt at right foot contact. Spatial prior knowledge was given by verbal instruction of possible direction (only acceleration, only deceleration, or both might occur) of upcoming perturbation at the beginning of an experimental session. Temporal prior knowledge was given to participants by warning tones at foot contact during three consecutive strides before the perturbation. In response to acceleration perturbation, reflexive muscle activity was observed in soleus and gastrocnemius muscles. Onset latency of the gastrocnemius response was shorter (72 ms vs. 58 ms) when participants knew the timing of the upcoming perturbation, whereas the latency was independent no matter whether the participants knew the direction of the perturbation. Soleus latency (44 ms) was not influenced by directional or temporal prior knowledge.

The results suggest that excitability in the supra-spinal neural circuit, which mediates the long-latency reflex, might be enhanced by knowing the timing of the upcoming perturbation. On the other hand, excitability in the spinal neural circuit, which mediates the short-latency reflex, was not influenced by the prior knowledge. Future research should investigate whether it is possible for older people to anticipate both predictable and unpredictable perturbations and find a way to train the Central Nervous Systems to prepare for the postural responses by guessing about potential perturbation. 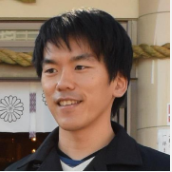 Masahiro SHINYA, assistant professor at Sports Science Laboratory, Department of Life Sciences, the University of Tokyo, works on human motor control during walking and standing. He got his PhD in Human and Environmental Studies at the Kyoto University, Japan. Before he got this position, he worked as a postdoc fellow with Prof. Pearson at University of Alberta where he studied spatial working memory during animal and human locomotion.