Does an active brain predict falls in high-functioning older adults?

Falls are increasingly prevalent with advancing age and the consequences are often devastating, resulting in loss of independence, institutionalization and premature mortality. Evidence supports impairments in cognitive functions, specifically executive functions, as major contributors to falls. Worse performance on dual-task assessments that involve executive functions, such as walking while performing an attention demanding task, predict falls in non-demented older adults. The prefrontal cortex (PFC), a key structure for performing executive functions, also plays a vital role in control of cognition and mobility, indicating its important role in fall risk. Although the PFC is recognized as a potentially important contributor to falls, conventional neuroimaging techniques cannot image the brain during motion, leaving a gap in the understanding of underlying neural processes that might predict fall risk, and necessitated the use of newer approaches that can be used to study people while they walk, such as the functional Near Infrared Spectroscopy (fNIRS).

The primary goal of the study was to determine whether brain activity in the PFC measured during walking predicts falls in high-functioning older adults. We selected a high-functioning group of community-dwelling older adults enrolled in a prospective aging study at Albert Einstein College of Medicine to evaluate early brain activation changes that predict falls. Task-related changes in oxygen levels in the PFC were measured using fNIRS during single-task conditions (normal pace walking and standing while reciting alternate letters of the alphabet), and a dual-task condition (walking while reciting alternate letters of the alphabet). Over the 50-month study period 71 of the 166 participants reported 116 falls. People who had increases in brain activity levels during the dual-task condition were 32 percent more likely to fall. Brain activity levels during both the cognitive or motor single task conditions did not predict fall risk.

These findings provide evidence that brain activity patterns during cognitively demanding assessments predict falls in older adults and may not be elicited by more simple tasks. From a clinical perspective, these findings suggest that there may be changes in brain activity before visible signs of clinical dysfunction and physical symptoms manifest in high-functioning people who are at risk of falls. In the future, a brain scan assessment such as fNIRS might be used to help predict falls in older adults. Clinicians may be able to use this information to recommend behavioral and lifestyle modifications or treatments for their patients that may reduce the risk of future falls. 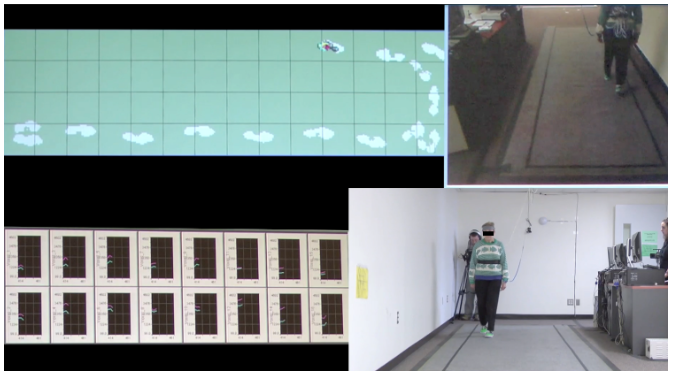 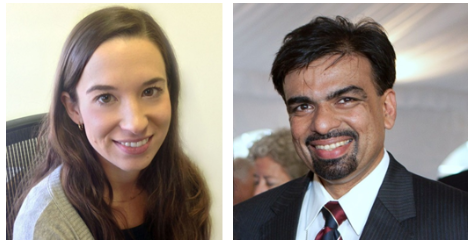 Emmeline Ayers is an Associate, The Saul R. Korey Department of Neurology. Her research interests are in understanding the role of gait and mobility in progression to dementia and cognitive decline in older adults.

Dr. Verghese is Professor of Neurology and Medicine, Murray D. Gross Memorial Faculty Scholar in Gerontology, Director, Resnick Gerontology Center, and Chief of the Integrated Divisions of Cognitive and Motor Aging (Neurology) and Geriatrics (Medicine). He is an expert in aging and the effects on mobility and cognition.