Throw out the anchor!

The anchor system (AS) is a relatively new and efficient tool used to provide additional haptic information to the postural control system. It requires a person to hold, in each hand, a flexible cable with a light load attached at the end, which rests on the floor.  While standing or walking, the person pulls on the cable just enough to keep it taut. The AS provides haptic information on the spatial orientation of the body with respect to the floor through changes in cable tension. The AS holds promise for balance training programs because it allows flexibility of use, which may not be the case for the commonly used light touch paradigm. Prior studies showed that older adults could utilize the AS to reduce body sway during standing. The potential benefit of the AS for walking stability was still unknown, which is why we performed this study.

44 older adults participated in this study on the immediate and short-term training effect of the AS on body sway during walking. Participants were randomized into three groups: control, 0g-anchor, and 125g-anchor. Participants were asked to perform five blocks of three trials each. During all trials, participants performed 5-m tandem walking with an accelerometer attached to their back. The first and last blocks were considered pre- and post-tests, where participants walked without the AS. The three training blocks in-between were unique to each group. The control group did not use the AS. The 125g-anchor group used the regular AS and participants dragged the anchors as they walked. The 0g-anchor group held the anchor’s cable without any load at the end to prevent any additional haptic information. Our results show that the RMS of the trunk acceleration (a measure of trunk stability) did not differ among groups in the pre- and post-tests. However, the anchor-125g group reduced their RMS trunk acceleration during the training compared to the control group.

The reduction in RMS trunk acceleration with the AS opens the possibility of incorporating it into balance training programs. Although there was no short-term training effect due to anchor training, the amount of practice may have been small (only nine trials) and future studies should investigate a large amount of practice with the AS. People with balance problems can directly benefit from the use of the AS in daily life as it can be used while walking under varying task demands (e.g., changes in direction and uneven terrain). 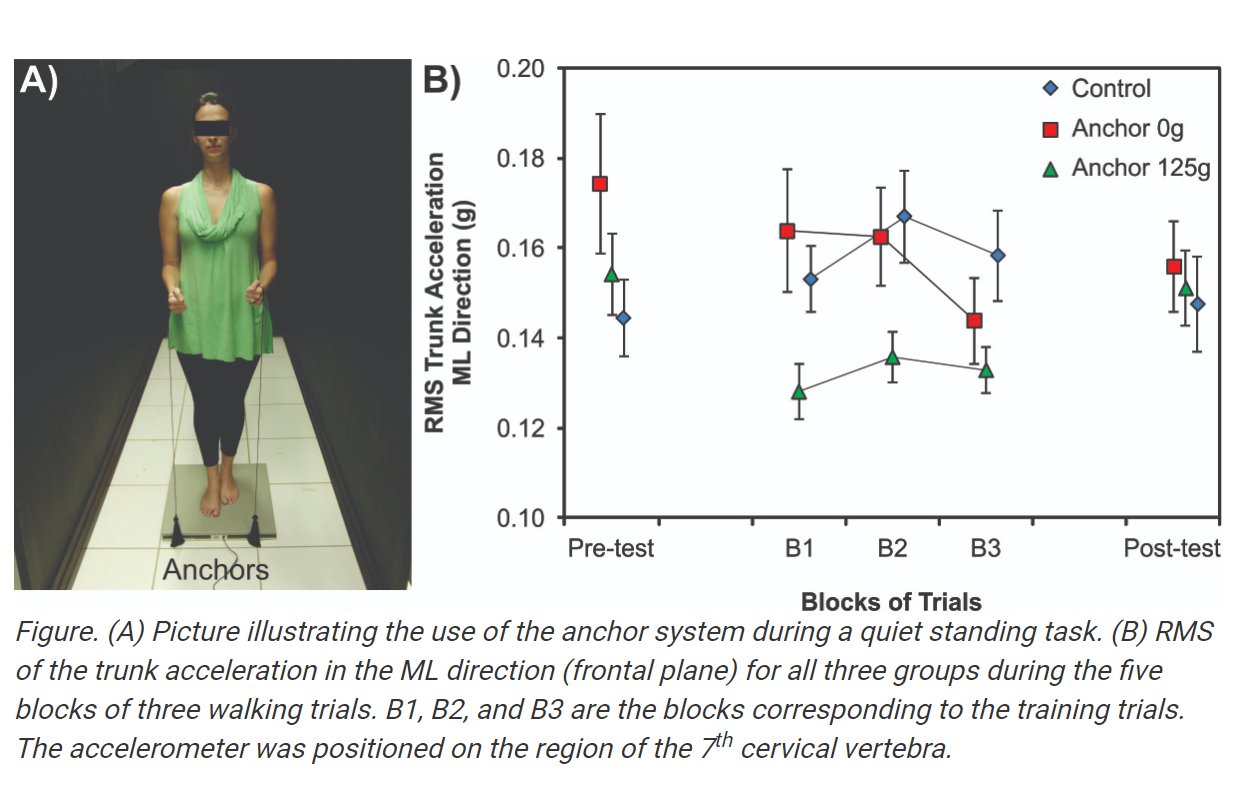 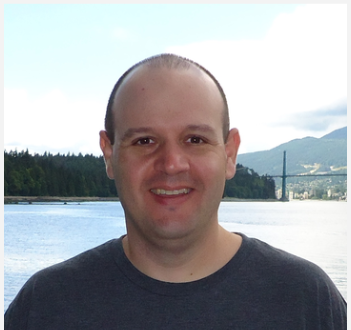 Renato Moraes is interested in posture and gait control in older adults. In his research, he focuses on the contribution of additional haptic information as a way to improve stability in standing and walking tasks. He also concentrates on studying the coordination between upper and lower limbs during adaptive walking.

Renato Moraes is an Associate Professor in the School of Physical Education and Sport of Ribeirão Preto at the University of São Paulo, Brazil. The study presented here was performed under his supervision and funded by São Paulo Research Foundation (Grant number: 13/23791-3).