Falls are a frequent and serious complication of Parkinson’s disease (PD). In the ReSPonD trial, led by Geriatrician Emily Henderson, based at the University of Bristol and the Royal United Hospitals Bath, we aimed to assess whether ameliorating cholinergic deficit with the acetylcholinesterase inhibitor rivastigmine would reduce gait variability and therefore reduce falls in people with PD. Gait stability was assessed using a McRoberts wearable device.

The randomised, double-blind, placebo-controlled, phase 2 trial was conducted at the NHS Trust Hospital, Bristol, UK, in patients with Parkinson’s disease recruited from community and hospital settings in the UK. Patients were randomly assigned (1:1) to oral rivastigmine or placebo capsules (both taken twice a day). Rivastigmine was uptitrated from 3 mg per day to the target dose of 12 mg per day over 12 weeks. Both the trial team and patients were masked to treatment allocation. This trial was registered with ISRCTN, number 19880883. 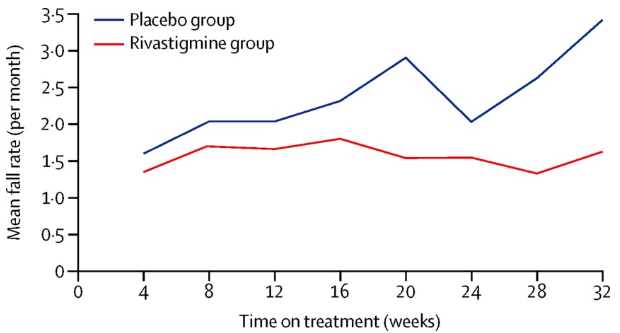 Between Oct 4, 2012 and March 28, 2013, 130 patients were enrolled and randomly assigned 65 to the rivastigmine group and 65 to the placebo group. At week 32, compared with patients assigned to placebo (59 assessed), those assigned to rivastigmine (55 assessed) had improved step time variability for normal walking and simple dual task. Gastrointestinal side-effects were more common in the rivastigmine group than in the placebo group. The frequency of falls was also reduced, but a phase 3 study is now required to confirm these findings and show cost-effectiveness.

In addition to the important clinical implications, this trial also represents a landmark for wearable devices, because it might be the first time wearable device gait assessments have been used as the primary outcome for a Phase 2 drug trial. This demonstrates how gait and posture assessed with wearable devices can and will play ever more important roles in the future of medical research. 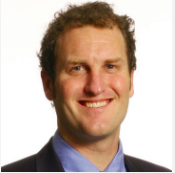 Matt Brodie recently completed an NHMRC EC Fellowship. His objectives are to untangle the complex web of interactions that prevent healthy aging in older people and people with motor impairments. Highlights include; the MacDiarmid Young Scientist of the Year Awards; an International Ski Federation (FIS) Award; and a Museum exhibition.