In order to maintain an upright stance, the central nervous system (CNS) utilises the most reliable sensory sources in the current environment. For example, when navigating under poor lighting conditions, the CNS will rely less on vision and more on somatosensory and vestibular information sources. This process is known as sensory reweighting. Sensory reweighting is slower in older adults (aged 65+), resulting in prolonged instability during sensory transitions, in which information from one or more sensory sources is deficient. For example, older adults show longer postural sway after-effects following reinstatement of stable conditions after destabilisation from exposure to a moving support or visual surround. However, it is unclear whether postural delays after “low risk” transitions (e.g. from unstable to stable conditions) are a sensory reweighting deficit or a compensatory response to preserve fast postural responses for conditions of greater perceived fall risk (e.g. from stable to unstable conditions). We hypothesised that if the after-effect was accompanied by prolonged perception of instability then this would support an age-related deficit, rather than a compensatory response.

This is the first report, to our knowledge, in which age-related postural sway after-effects are accompanied by a perceptual illusion of continued movement. Our findings support that instability during sensory transitions is due to inefficient sensory reweighting, which delays reliable postural perception until accurate sensory weights are re-established. This suggests that everyday sensory transitions may pose a significant risk of instability to older adults. Furthermore, the fact that fall-prone older adults showed a similar perceptual delay to healthy older adults but showed larger postural after-effects, could suggest that sensory reweighting delays are similar in both groups but the body’s ability to compensate for this delay may determine fall risk. 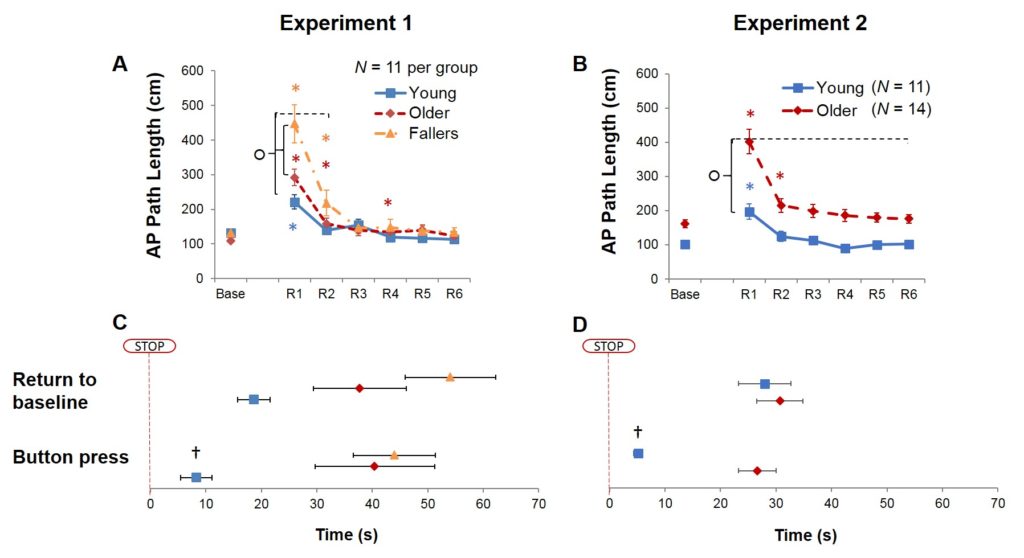 Figure 1. TOP: Mean anteroposterior sway path length for the duration of baseline and for each 30s window (R1-R6) following reinstatement of a stable platform after sway-referencing for each group in (A) Experiment 1 and (B) Experiment 2. ○ indicates between group difference at p< .05. Dashed brackets represent duration that this remained significant for. * indicates within-group difference from baseline, p< .008. Colour represents group categorisation. BOTTOM: Mean time that each group’s postural sway returned to baseline levels and mean time taken to perceive platform stabilisation (button press), relative to when the platform stopped moving (time = 0) for (C) Experiment 1 and (D) Experiment 2. † indicates within-group difference between button press and time taken to reduce sway, p < .001. 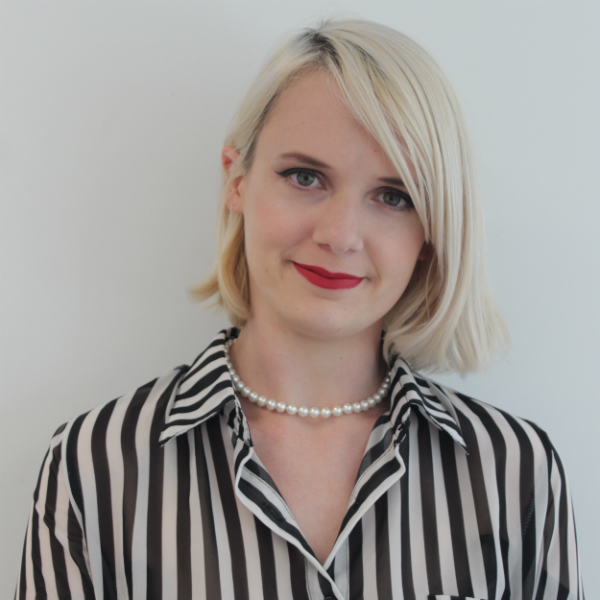 Chesney completed her PhD at Queen’s University Belfast, where she focused on how sensory integration deficits contribute to postural decline in older adults. Her current postdoc at Manchester Metropolitan University examines the neural, kinematic and psychological correlates of fall risk in older adults and people with Parkinson’s Disease.