Maturation of arm swing during walking

Toddlers learn to walk with their arms in an elevated position. As gait matures, a reciprocal arm swing with the hands at the height of the hips and both arms alongside the trunk quickly appears. Arm swing is an integral part of typical walking, most likely with the goal of minimizing energy expenditure and optimizing stability. However, arm swing is not always well coordinated in patient populations, where often the position of the arms remains elevated. This altered arm swing can be the result of compensation strategies, altered gross motor function or a combination of both, and compromises the role of arm swing during typical walking. There are several movement disorders in children that affect not only lower but also upper limb movements during walking. As such, age-related reference data of arm movements during walking are imperative to allow clinicians to assess whether deviations are related to immaturity or whether they are caused by an underlying pathology or need for compensation.

Gait data of 102 participants between 3 to 35 years old was collected using a full-body marker set (Vicon, Plug-In-Gait; Figure 1A). This gait data was analysed for five age-groups: young children (3-6y), children (6-10y), pubertal children (10-14y), adolescents (14-19y) and adults (19-35y). Age-related changes in arm movements were compared using continuous joint angular waveforms, and as mean joint angle position and range of motion of shoulder, elbow and wrist in different anatomical planes. The overall shape of the arm movement patterns was comparable across all age groups (Figure 1B) with lower variability in the older age groups. At the shoulder, a larger mean extension angle was seen in the two youngest groups compared to the older children and adults. The range of shoulder axial rotation was significantly larger in adults compared to all other age groups. In the two youngest groups, a higher mean elbow flexion and wrist extension angle was found.

Natural arm swing patterns were present at the age of three but showed maturation (i.e. change to adult-like values) and/or fine-tuning (i.e. decrease of variability) in all joints and planes. Some remnants of the elevated arm position were observed until the age of ten years (e.g. increased shoulder abduction and decreased elbow flexion range of motion) where others already disappeared at the age of six years (e.g. increased mean shoulder extension and elbow flexion position). In conclusion, age-specific reference data should be used when clinically assessing arm swing during walking in pediatric pathologies. 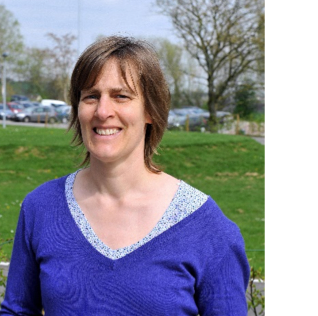 Patricia’s research is about the measurement of the human body in motion in order to understand movement principles in healthy subjects and intervene correctly in case of movement disorders with focus on the development of typical children as well as on the effects of neuromotor disorders on motor function in children. 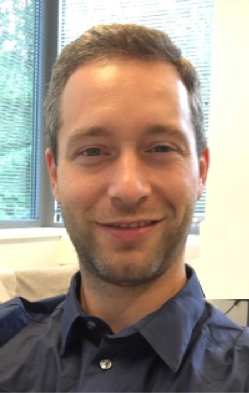 Pieter’s main focus is neuromechanics of gait and balance in healthy and neurologic populations including cerebral palsy. Important parts of his research focus on the role of the arms in locomotion and balance and the rehabilitation and assessment of postural and gait stability using virtual reality.