Am I sitting straight, doctor? Routine assessment of the visual vertical in stroke survivors

Following a stroke, it is important to assess a person’s perception of verticality. This assessment can help us to find what causes the bodily disorientation with respect to vertical (lateropulsion) and can guide post-stroke rehabilitation and monitor postural recovery. The visual vertical (VV) is the most commonly used test to assess verticality perception, both in research and in clinical practice. It is a simple test that consists of adjusting a luminous rod to the vertical in darkness; however, specific guidelines for use in clinical practice are lacking. Published studies have used different methodologies and the impact of these different methodologies on the assessment outcome is not well-understood. For example, should the trunk and head be free to move during the test or should they be fixed in the upright position? This question is critical for stroke survivors. It is well-known that spontaneous lateral whole body tilts are common after stroke and this may compromise their ability to sit on their own and might further impact their perception of verticality. In the present study, we aimed to analyse the impact of controlling body orientation on stroke patients’ ability to estimate VV and their ability to sit unsupported.

VV perception was assessed in 20 controls and 36 subacute patients undergoing rehabilitation after a first hemisphere stroke, under 3 different scenarios: body not fixed (trunk and head free), partially fixed (trunk fixed, head free), or both trunk and head were fixed. We quantified both trunk and head orientations and analysed VV as a function of trunk and head tilt. Patients were classified into 2 groups according to their ability to maintain (n=25) or not (n=11) an independent upright sitting posture. Our results confirmed for the first time the clinical intuition: it is spontaneous upright trunk (and not head) orientation which is necessary for recovering an independent sitting posture after stroke. This suggests that postural orientation deficits, especially trunk orientation, are a major cause of lateral postural disorders after a stroke. The level of fixation strongly affects the estimation of VV in stroke patients who have difficulties maintaining a seated posture. Our results suggest that a fixed trunk and head in the upright position was the most optimal setting for assessing VV. We proposed that measuring VV without any body fixation is only valid in patients with satisfactory balance abilities. Our results contribute to a better standardization of VV assessment to optimize its integration in research and clinical practice. 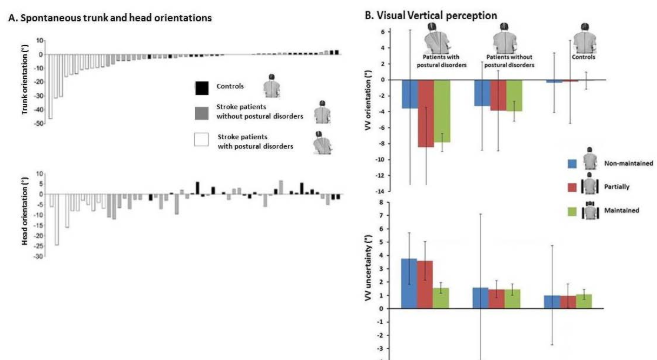 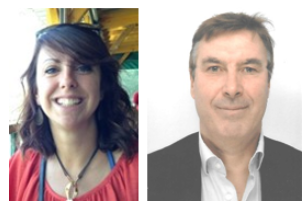 Dominic Pérennou is Professor of Medicine, Chair of Physical Medicine and Rehabilitation at Grenoble-Alpes University, and head of the Department of Neurorehabilitation at the University Hospital Grenoble-Alpes (France). He is Editor in Chief of the Annals of Physical Medicine and Rehabilitation, and Associate Editor of Gait & Posture. His main research focuses on internals models of verticality for postural and gait control.